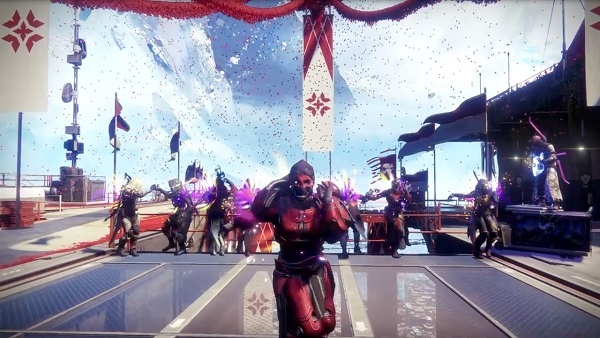 How to Unlock Empyrean Foundation in Destiny 2

Basically, you need to donate Polarized Fractaline to the Empyrean Foundation in order to pave for a content activity that will drop in the next season and to unlock the Savior badge. Here’s how you can unlock it:

1. Kill Inotam in the Sundial
The first thing you need to do is to speak to Saint-14 in the Tower Hangar. The legendary Titan will ask you to launch the Sundial and kill this week’s boss, Inotam. It doesn’t matter if you’re completing the regular Sundial or the Legend Sundial.

Inotam isn’t too hard to defeat but can be a little confusing if you don’t know the basic Sundial mechanics. You can check out our **Inotam boss guide** for more info. on beating it.

2. Collect 30 Orbs of Light
This is something you should be able to do as you normally play the game. You can generate Orbs of Light yourself or collect the ones made by other players.

To generate Orbs of Light, you need to defeat enemies with a fully Masterworked weapon or use your Super. I don’t want to recommend an activity since you can do virtually anywhere you want.

You should now be able to donate your Polarized Fractaline from the Tower Obelisk. Donating at least 5,000 will reward you with an emblem and a secret triumph. I should mention here that the triumph will unlock at the conclusion of the Empyrean Foundation.

After donating Polarized Fractaline, you’ll be able to claim free Fractaline from the Tower Obelisk each week, depending on your Resonance Power. Because of this, it’s recommended that you focus on increasing your Resonance Rank first.

4. Speak to Osiris
Once you’re done with the previous step, you need to visit Osiris on Mercury and speak with him for a small dialogue. This will complete the questline.

This is how you can unlock the Empyrean Foundation in Destiny 2: Shadowkeep. For more on the game, check out our Destiny 2 guides page.