Home Guides How to Unlock Dragonspine in Genshin Impact 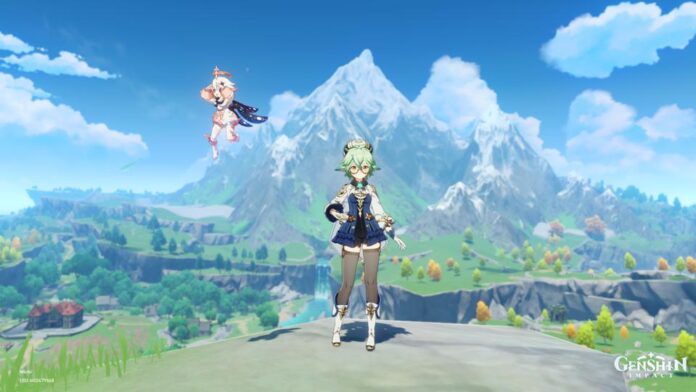 Since its release in September, Genshin Impact has been on a constant rise in popularity among players around the globe. It has also received two major updates since then and the second one; the Genshin Impact 1.2 update, just went live recently. It improved and added many new features and also gave access to the Dragonspine region which you can unlock. In this guide, we’ll walk you through on how to unlock Dragonspine in Genshin Impact.

How to Unlock Dragonspine in Genshin Impact

The first thing that needs to be done in order to unlock the Dragonspine region is of course updating the game. Just make sure that you’ve got the latest version which includes Dragonspine. After updating the game if you already haven’t and then logging in, you’ll notice a new quest in your journal. It’s called The Rumored Alchemist and is the key to unlock Dragonspine.

When you start off the quest, the first task is to visit the alchemy store in Mondstadt. Once you reach the store, talk to Sucrose and she’ll task you with locating Albedo in the new Dragonspine region. Albedo is a new 5-star character, also introduced via the 1.2 patch. And that’s it, the moment you receive the new objective from Sucrose, Dragonspine will be unlocked for you to explore.

Dragonspine is a cold region and the sub-zero climate along with the strong enemies in the area can really hinder your gameplay. Your character can receive damage and debuffs due to the climate and to prevent that, you should always keep an eye on the cold bar above your HP bar which indicates how close your character is to being frozen.

Apart from the cold weather, the enemies in the region can also inflict a freezing effect which will make you lose HP continuously. Also, we recommend packing some food items before you embark on this quest as you’ll come toe to toe with many problems on your way.

And that’s about everything you need to know on how to unlock Dragonspine in Genshin Impact.