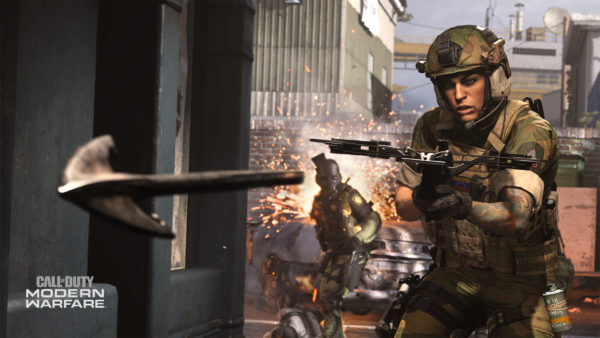 How do you unlock the crossbow is Modern Warfare? The question is pretty simple and so is the answer. However, the process of actually going after it can be a bit hectic, especially for those not used to playing Marksmen Rifles. The challenge will be especially hard for Assualt players who are used to rocking that M4. But in our Modern Warfare crossbow unlock guide we will not only tell you how to unlock it but also reveal the fastest game modes to get the crossbow.

Infinity Ward added the new crossbow with Call of Duty Modern Warfare update v1.13 yesterday. The update was close to 15GB on consoles but 48GB on PC. Modern Warfare’s new crossbow comes with an in-game challenge that you must complete to get the crossbow. Developers described the update as follows:

Silent and agile, this high-performance crossbow fires 20.0″ bolts with exceptional lethality,” reads the in-game description. “Exclusive customization, distinct functionality, and unique ammunition types put this weapon in a class of its own. Standard 20.0” bolts are recoverable and are undetectable by trophy systems

How to Get Modern Warfare Crossbow

The good news is that players don’t need to pay for the new crossbow, it is completely free to unlock for those who own a copy of Call of Duty Modern Warfare. There is an in-game challenge the player must complete to get the new Modern Warfare challenge Here are the steps you need to take:

Keep in mind that there three Marksmen Rifles that can be used to complete the crossbow challenge in Call of Duty Modern Warfare; EBR-14, Kar98k, and MK2 Carbine. All of these are powerful enough to get the job done!!

As explained above, there are two main steps to do this you must take off all attachments from the Marksmen Rifle and play 25 matches, getting 5 kills at least per game. There are a few game modes that will help you do this.

Go to Gunsmith to see Pros and Cons for each Crossbow attachment. It is to be noted that you must level the crossbow before you can unlock attachments, it is the same process as with any other Modern Warfare weapon.