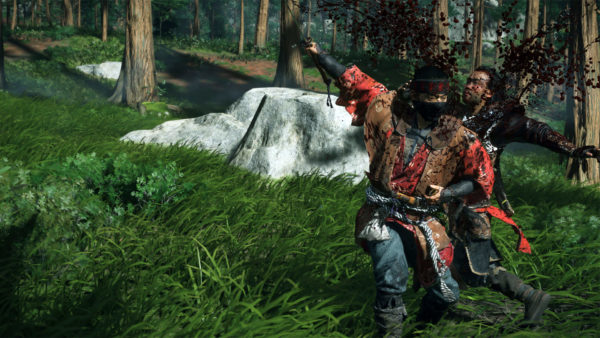 Ghost of Tsushima has 11 armor sets in total. You can collect all of them and test out their unique skills, stats, perks, and abilities. Choosing the right armor set depends on your playstyle and in Ghost of Tsushima, it isn’t hard to figure out what’s the best armor for your specific playstyle. You can choose an armor that offers abilities that boost stealth or you can go with more health and resistance to face the enemies head-on.

Ghost of Tsushima is all about player choice so at no point you will feel restricted to one set of armor. You can open the menu at any time to switch between different armor sets. Some situations require stealth while others need brute force so you will often be switching between multiple armor sets in Ghost of Tsushima, and in doing so, you will find the best ones for you.

Below are our recommendations for the best armor sets you can have in the game.

It may seem like an odd choice to you but Traveler’s Attire is actually really useful in the game. To be clear, this armor is not built for combat. If you are looking to take down the Mongols with this armor set, forget it. However, this is the best pick for those who love to explore. Exploration in Ghost of Tsushima is centered around the Golden Birds, Guiding Wind, and the Traveler’s Attire. This is one of the best armor sets in Ghost of Tsushima for collectible hunting.

How to Get the Traveler’s Attire: Complete the tutorial section with Yuna and speak with the first merchant to get this armor set.

In the early game, there is no better armor than Samurai Clan, especially once you manage to fully upgrade. It continues to be useful as you progress the main story and can be used at multiple points in Ghost of Tsushima or throughout it. Samurai’s Clan armor allows you to boost Jin’s survivability, its perks are designed for head-on combat so avoid it during stealth situations. This armor set can help farm resolve every time you take a hit from the enemy. During the boss fight, you can put on the Samurai Clan armor set to use its defensive abilities and perks. Samurai Clan is the best defensive armor in the game right now, unless they add more with future updates.

How to Get Samurai Clan:  Complete “The Tale of Lady Masako” tale. Speak with the armorer at the Golden Temple.

What is a Samurai without stealth? Many sections in the game, especially during the Broken Blacksmith and The Warrior’s Code require stealth to progress. Ronin Attire is best for stealth missions, it is a robe that blends into the dark, and tall grass. It also offers excellent swordplay perk for melee damage boost which also enables better stealth assassinations. The slower detection speed is the best ability to have as the enemy will take a long time to react and spot you.

How to Get Ronin Attire:  Complete the “Blood on the Grass” tale. It is handed to jin automatically during the tale.

Sakai Clan armor is designed for players who like to mix and match their skills. It is a well-rounded build that gives players melee damage boosts as well as health increases.  Since this armor set isn’t focused on any particular ability, other armor sets perform better in certain areas. But its standoff perk makes it a great addition to have in your line-up. You can pair the Sakai Clan armor with the Standoff technique to great effect. You can take down up to five enemies in Standoff using the Sakai Clan. Its usefulness is situational, even more so compared to other sets.

How to Get Sakai Clan Armor:  Complete “Ghosts from the Past.”

Sometimes a Samurai has no choice but to go in guns blazing, well, not literal guns but you get the idea. This armor involve no stealth but instead, it is focused on heavy attacks and staggering enemies. A boost in stagger damage will let Jin break through enemy stance faster, opening them up for strikes. The ability to make quick work of enemies is the reason why Gosaku’s Armor set is one of the best in Ghost of Tsushima. As a cherry on top, every time you kill a staggered enemy you regain lost health which can be a huge help in battle.

The following are the worst armor sets in Ghost of Tsushima.

Fundoshi is the most barebones armor in the game. It offers nothing but an increase in running and sprinting stealth. When you have this armor your character won’t make any noise when running and sprinting. That’s all there is to this armor. It is a great collector’s item though as it requires a lot of rings. You get this armor after finding every Hot Spring location in Ghost of Tsushima.

How to Get Fundoshi: Find all Hot Springs.

At the very beginning of the game, you will find yourself inside the Broken Armor. Sadly you can’ repair the Broken armor as you progress the story. It offers no perks, abilities, or benefits. You get the Broken armor set at the very beginning of Ghost of Tsushima. It is part of the Prologue and will remain in your inventory after it ends. You can wear for dramatic effects during the final boss fight and if you want an additional challenge.

For more on Ghost of Tsushima check out the Wiki section.