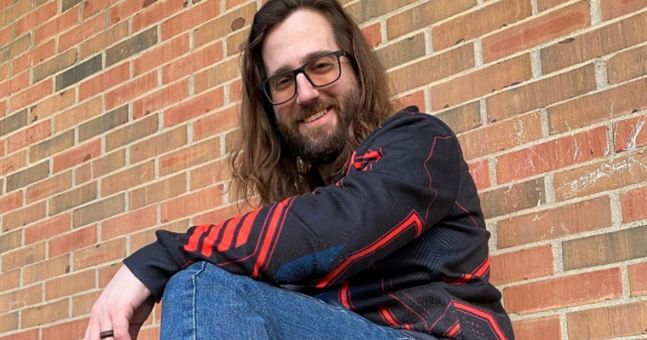 Twitch Streamer SayNoToRage (Lono) is a well-known Destiny 2 player and he has now been accused of sexual assault by various women. These women have taken to twitter to report cases of sexual advances that made then very uncomfortable.

They reported creepy behavior including unwanted touching. The first person to bring this up and voice her concerns was Twitch streamer, Jewels Verne.

This started a chain reaction and multiple other women have come forward and mentioned similar instances that they have experienced. Snaps, another important Destiny 2 community member mentioned her encounter with SayNoToRage and accused him of sexual assault.

Thank you for speaking up. I was also harassed repeatedly by Lono. I'm ready to share my experiences as well, but I'll need a moment to compose my thoughts.

The following is a passage from her story:

What happened next was worse. You started rubbing up and down on your pant legs with both arms, and sort of fidgeting/stretching out in your chair. You told me: “Sorry, I get really liberated when I’m high or drunk.” I responded and said: “I don’t even know what that means, but ok man, have a fun night.” You repeated yourself: “Yeah I’m just letting you know that I get really, like, awakened.” I once again responded dismissively, trying to make it clear I had no interest in wherever this conversation was going.

You leaned in, “Yeah it’s just that when I get high or drunk I get really liberated…sexually…”

I immediately leaned away from you even further and said, “Ok, whatever, I don’t need to hear about that, I don’t care about that, it’s not my business, feel whatever feelings you’re feeling but keep me out of it.”

You responded with “I’m just letting you know ahead of time because…” and I cut you off and said again “No, I don’t care. You don’t need to let me know, keep it to yourself.”

You tried again to repeat yourself by saying something like: “I’m just telling you just in case…” and then I made myself much clearer and even a bit louder, I’m honestly pretty sure the people sitting behind us heard all of this. I said: “I do not need you to tell me anything just in case, there is no just in case, this is going nowhere, do not tell me these things they have nothing to do with me. Keep it to yourself and keep your hands to yourself.”

Snaps also shared some emails in which SayNoToRage (Lono) tried to apologize for sexual assault. You can check out the tweets below:

Another Twitch Streamer Enviro shared her story of sexual assault by SayNoToRage before she got into streaming. The following is what she had to say regarding the matter:

religion, my family and coming out. It was loud at the bar, I was very drunk. I was coming out of a divorce and felt that I could talk to someone. Lono asked me if I would like to go some place quieter, like his hotel, away from the group. I did not know what to do,

proceeded to cry my eyes out because I didn't know what to do in the situation I was in, I felt vulnerable. My friend got me out of the bar and back to the hotel in an uber (that I lost my phone in) and I missed my flight the next day that's how drunk I was.

intimate with me that way, surely not. Hearing all of these brave women, speaking to some of them, I now know that my feelings that didn't sit right were valid. I have been a member of his community almost every day since then because I thought I was wrong that he was a friend.

I was valid and he is not a friend. This is one of the hardest things I have ever done, to admit I have been lying to myself for 2 years, but it has to be said. I am doing this for me, I need to breathe and free myself of these feelings. Face the truth.

Bungie has taken note of the sexual assault allegations on SayNoToRage and mentioned that Bungie will not be working with him in the future.  The following is the tweet from Community Manager at Bungie:

Proud of the brave women in the community coming forward. This was their story to tell and its our job to listen.

Bungie hasn't worked with Lono in a long time and won't ever again.

Lono did make an apology video which he has now deleted. In the video, he mentioned that his actions were due to a troubled upbringing which included getting raped by his girlfriend at the time when he was 16. 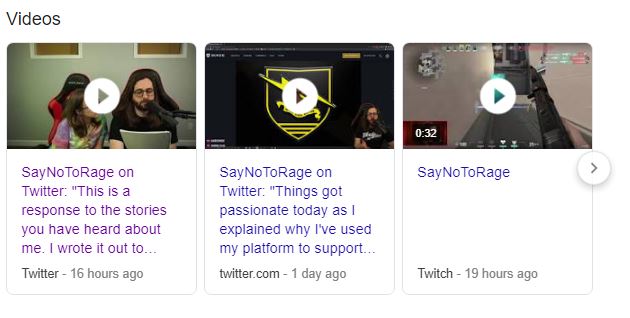 Other prominent figures in the industry have taken to twitter to support people like Jewels Verne and Snaps. Leah had the following to say regarding the matter:

It isn't flattering. It isn't enjoyable. It certainly isn't 'flirting'. It's uncomfortable, and when you're one of many it's dehumanizing.
Learn to take 'no' for an answer. Learn to read body language cues. Learn how to communicate with women normally.

Every. Single. Woman I know has a story like this, at minimum an 'innocent' coincidence that they've been forced to brush off, haven't wanted to make a fuss about. Which means lots of people out there think this is NORMAL. CALL IT OUT. IT ISN'T NORMAL.

love to all my Destiny ladies who’ve experienced similar bs. I’m sorry you’ve had to hold back for so long and watch him grow, knowing what you know. Thank you for coming forward. https://t.co/4kFZhAY85A

The Destiny community has rallied to support these women as well. Even though most people would call gamers toxic, this goes to show that is not the case. Gamers are like everyone else and the stereotypes are not to be believed.

Gooood Morning! What a beautiful day to keep your hands to yourself & not prey on women in any industry 👍

A lot of people coming forward about sexual harassment/assault in the games industry today.

I just want to say: in WAY too many cases I have seen people who claim to be outraged by this behaviour continue to 100% support those they KNOW are doing it… until it’s public.

I faced so much toxicity and sexual weirdness being a woman in esports (2010-2015), and I know for a full 100% fact it I called individuals out, nobody would care. It’s gross and definitely sucks, especially for those who faced it worse – something needs to change 100%.

We will keep updating this article as we get more information regarding the matter. So stay tuned!

Let us know what you think about these claims of sexual assault on SayNoToRage.