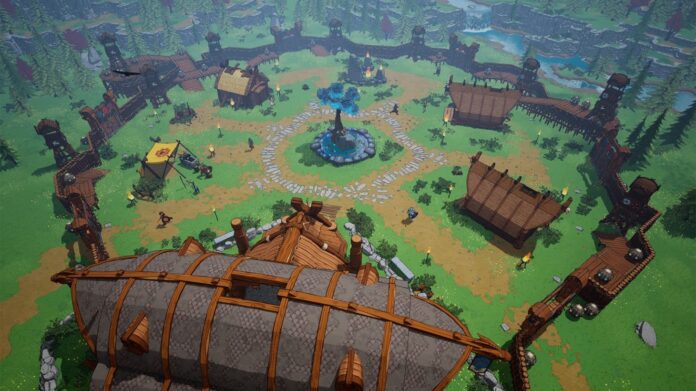 Tribes of Midgard has finally launched and gamers are enjoying the game. The game isn’t demanding in terms of hardware and is quite well-optimized. However, Tribes of Midgard PC players are experiencing errors and issues like Fatal Error, Unreal Engine Exiting D3D Device Lost, LowLevelFatalError, in-game crash, 100% GPU usage, High GPU Temperature, and more. Here I have compiled a list of errors and issues that PC players are experiencing with the game along with their fixes and workarounds.

Tribes Of Midgard is an RPG that can be played in single-player or co-op with friends. The game isn’t that demanding but, PC players are reporting errors and issues like Fatal Error, Unreal Engine Exiting D3D Device Lost, LowLevelFatalError, in-game crash, 100% GPU usage, High GPU Temperature, and more.

Tribes of Midgard PC players are reporting that they are experiencing the following “LowLevelFatalError File:Unknown] [Line:198]” error message and are unable to play the game.

The first thing players need to try is to reinstall or update their GPU driver and do a clean installation. This will fix the LowLevelFatalError in Tribes of Midgard.

If reinstalling or updating the GPU driver hasn’t resolved the error, then your GPU might be the reason why the ‘D3D Device Lost’ error is popping up. The GPU is either overclocked or the GPU is unable to handle the game’s load. If the GPU is overclocked, then use MSI Afterburner and revert it back to its default GPU clock even if it’s factory overclocked.

If players don’t want to mess with the GPU clock then either drop the game’s graphics settings to limit the game’s max FPS. To cap the FPS, open Nvidia Control Panel > Manage 3D Settings > Program Settings > select Tales of Midgard from the list. Enable “Max FPS Limit” and set the value for the max FPS and press OK and hit apply. If players are playing at an unlocked FPS then cap the game to 60 FPS. If the target is 60 FPS with v.sync on then cap the game to 30 FPS. This will reduce the GPU and CPU load and PC players won’t experience the “Unreal Engine Exiting due to D3D device Being Lost” error in Tribes of Midgard.

Cannot Do This Right Now Fix

PC games often crash to the desktop while playing at startup. Tribes Of Midgard PC players are reporting that the game is crashing while playing and here is how to fix it. One reason for the game to crash is the use of third-party tools and software like MSI Afterburner, RGB Software, or in-game overlays. Disable any third-party tool you are using and also disable the Steam overlay, GeForce Experience overlay, or any in-game overlay you are using. After this, Tribes of Midgard won’t crash to desktop anymore.

Tribes of Midgard isn’t very demanding in terms of CPU, however, players might be using an old CPU which could be causing the game to crash. There isn’t much players can do about it, but here are some Nvidia Control Panel Tweaks that might fix the issue. Make Sure you are using the latest GPU drivers. Open Nvidia Control Panel > Manage 3D Settings > Program Settings > select Tales of Midgard from the list. Set “Low Latency Mode” to Ultra and set “Tripple Buffering” to Off. This will fix the Tribes of Midgardin-game crash.

Another reason for the game to crash could be the GPU. Try the same fixes under “LowLevelFatalError Fix” and the game won’t crash while playing.

Some PC players are experiencing 100% GPU usage or very high temperatures for the GPU while playing Tribes of Midgard even with high-end GPUs. Both of these issues might be occurring due to unlocked FPS. Cap the game to 60 FPS and enable v.sync. This will fix the 100% GPU usage and high GPU temperature issue. If even this doesn’t fix the high GPU temperature issue with Tribes of Midgard, then cap the game to 30 FPS. See under “LowLevelFatalError Fix” to check how to cap the game’s Max FPS.

Your anti-virus/Windows Security might be blocking important game files and causing the game to crash. Players can either disable the real-time protection or exclude the game’s install folder from the anti-virus. I recommend the latter. The process of excluding the game’s folder varies from anti-virus to anti-virus. For Windows Security, open Settings > Update & Security > Windows Security > Virus & threat protection > click Manage Settings under “Virus & threat protection settings” > click “add or remove exclusions” under “Exclusions”. Browse to the game’s folder and add it. After that, verify game files in Steam and Tribes Of Midgard launch without crashing at startup.

Corrupt or missing Visual C++ Redistributable files can also cause the game to crash. Right-click Tribes Of Midgard in Steam > Manage > Browse Local files. Launch the game directly from its exe. Players might get an error similar to “vcruntime140_1.dll or MSVCP140.dll Was Not Found”. Players can fix this error by installing the latest Microsoft Visual C++ Redistributables both x64 and x86 versions.

That is all for our Tribes of Midgard fixes for errors and issues like LowLevelFatalError, Unreal Engine Exiting D3D Device Lost, Cannot Do This Right Now, in-game crash, 100% GPU Usage, and more. If you are facing errors and issues with other PC games or your PC then also see our hub for commonly occurring PC errors and their fixes.