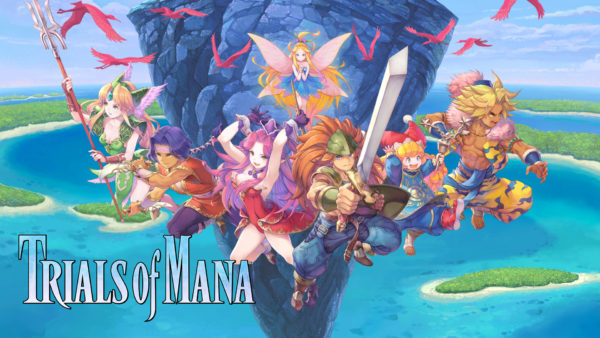 The following are all the hidden abilities in Trials of Mana and how to unlock them.

This hidden ability gives the player 10+MP. You can unlock it by speaking with Jadd in the Jadd stronghold.

With this ability, you can start to fight with 200%CS. You can unlock the ability by finding all 50 hidden cactus locations.

Using this ability you can bring down enemy spawn rates and this one is unlocked by speaking with Elfin Elder in the main story but you need to have Charlotte is in the party.

You now deal 10% additional damage to bosses in Trials of Mana. You can unlock this ability by beating Ludgar at the Chartmoon Tower but have Kevin in your party.

You can pay 30% of the MP cost of spells with HP. Unlock this Trials of Mana hidden ability by speaking with Tomatoman in the Tomatoman Village.

The ability gives you a 20% chance to block debuffs. You can unlock Trader by speaking with the Trader cage in Beiser’s Night Market. Remember to have Reisz in your party.

This Trials of Mana hidden ability gives you a 5% attack damage boost. Speak with Von Boyage to unlock the ability.

All gear stats get a 5% boost in battle and you unlock this hidden ability by paying Watts 5000 during your first meeting.

Battle wins get you a class strike gauge boost by 5%. Unlock this Trials of Mana hidden ability by speaking with Hero King in Valsena but have Duran in the party.

Get an attack boost when using Class Strikes in Trials of Mana. Speak with Bruiser in Valsena while having Duran in your party to unlock this ability.

Get a 10% healing boost and is unlocked when you speak with the lady in Duran’s Valensa House. But do not have Duran in your party.

Cuts status effect duration by 50% and this hidden ability is unlocked by speaking with the fortune teller in Valsena after saving the Hero King.