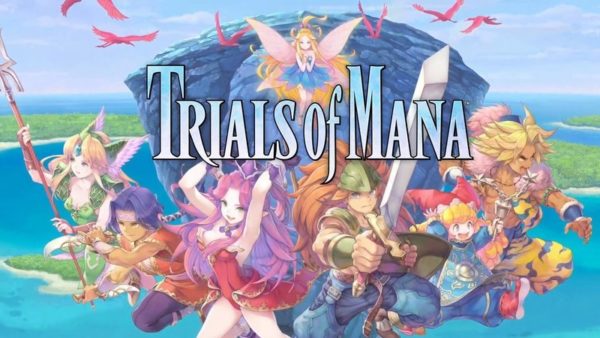 Trials Of Mana PC is facing errors and issues like Fatal Error, Unreal Engine D3D Device Lost, controller not working, and more. Here I have compiled a list of errors and issues with the game along with their fixes and workarounds.

Trials of Mana has finally launched for PC and fans are loving the game. However, the PC version of the game is facing errors like Unreal Engine D3D Device Lost, Low Level Fatal Error, controller not working, and more.

According to Trials of Mana PC players, the game randomly crashes with “Unreal Engine is exiting due to D3D device being lost” error. This error might be popping up because of one of two reasons.

If the GPU is old or you don’t want to tinker with the GPU’s clock speed then you can try locking the game’s FPS. Open Nvidia Control Panel > Manage 3D Settings > Program Settings > select the game from the drop-down menu.

Look for the Max FPS Limit Options. Here, players will have to do a bit of trial and error. If the game is creating with D3D Device Lost error at 60 FPS then try lower values. This will fix the error and will stop the game from crashing.

A lot of players are reporting that they are getting the “Low Level Fatal Error [File: Unknown]” error while playing Trials Of Mana. If you are playing the game on a Laptop then the game might be using the integrated GPU instead of the dedicated one.

For AMD users, open Device Manager, and under display adapters, there will two options. Right-click on the integrated GPU and disable it. Now launch the game and the Fatal error is now fixed. However, this will make your laptop to always use the dedicated GPU.

If you have an Nvidia GPU, then open Nvidia Control Panel > Manage 3D Settings > Program Settings > select the game from the drop-down menu and if it isn’t there then add it. Once selected, under step 1 -> pick the NON integrated GPU option and apply the change. The above fix will also work for Nvidia but, this one is a better option.

Another most probable reason for Fatal Error to pop up might be the outdated OS. If you are using Windows 10 then update your OS.

As for the Windows 7 users, download and install this update and the issue will be resolved. If the Fatal Error is still persisting then installing the update KB3080149 will fix the error.

If the above AMD fix hasn’t worked then download AMD driver 19.12.1. Don’t install it, instead, run it and let it unpack. Once the installer has unpacked, close the installer and navigate to “C:/AMD/Win10-Radeon-Software-Adrenalin-2019-Edition-19.12.1-Dec2/Packages/Drivers/Display/WT6A_INF/B349181”. Copy “atidxx64.dll” > open Steam > right-click on the game > Manage > browse local files. Paste the “atidxx64.dll” and the Fatal Error will be fixed.

Another reason for the Fatal Error is players are playing Trials Of Mana on an old GPU like from GHTX 900 or GTX 700 series. This can be fixed by locking the game’s FPS. Look under “Unreal Engine D3D Device Lost Fix” to see how to lock FPS. Another fix is to lower the GPU’s clock speed by 100 Mhz using MSI Afterburner. This will fix the Trial Of Mana Fatal error.

Trials of Mana players are reporting that they are unable to play the game with a controller. The fix for this problem is very simple.

Open Steam > right-click on the game > properties > under “Steam input per-game setting” select “Forced On”. Apply the change then launch the game and players will be able to play Trials Of Mana with the controller.

If the above fix hasn’t worked then open Steam > Settings > Controller > General Control Settings. There will be multiple options, if you are using an Xbox controller then check “Xbox Configuration Support” and if Dualshock 4 then check the PlayStation option. Press ok then launch the game and the controller will start working.

Audio And Resolution Not Changing Fix

Players are experiencing random FPS drops and stuttering while playing Trials of Mana. First, make sure you are using the latest GPU drivers and there is no background process using too much of your HDD, CPU, or GPU.

To fix stuttering, open Nvidia Control Panel > Manage 3D Settings > Program Settings > select the game from the drop-down menu. Set vertical sync to “on” then launch the game and disable in-game v.sync. This will fix stuttering.

Is the game is still stuttering then, follow the steps above but set vertical sync to “Fast”. Launch the game, disable in-game v.sync, and display should be set at fullscreen. This will not only fix the stuttering but will also give a potential FPS boost if players have a decent enough CPU and GPU.

That is all for our Trials of Mana fixes for errors like fatal error, crash at launch, Unreal Engine D3D Device Lost, and more. If you are facing other errors and issues with your PC then also see our hub for commonly occurring PC errors and their fixes.