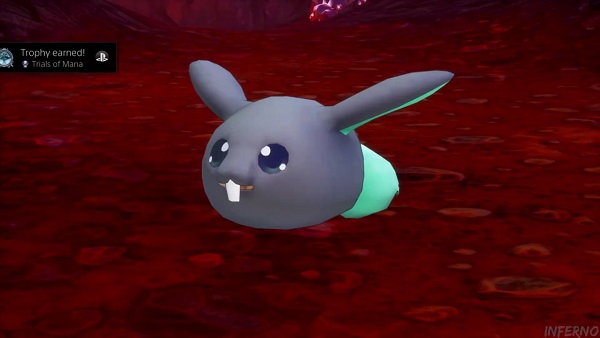 Arguably the toughest boss in the entirety of Trials of Mana, Black Rabite demands that you bring your A-game when fighting him. Not only does he hit like a truck, but his stats are also no joke. Keeping this in view, it is a good idea to level up as much as you can and have your Tier 4 Classes unlocked before attempting to fight him.

As mentioned earlier, defeating the Black Rabite will most likely take you some attempts but the rewards are well worth the efforts. After defeating the boss, you will receive the Obsidian Power chain ability. It is a pretty powerful ability that reduces the cost of moves in battle to 0 MP.