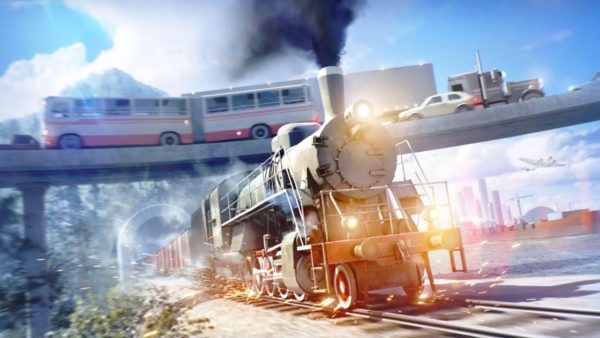 Transport Fever 2 players are reporting errors and issues like Error C9999 Out Of Memory, crash at launch, black screen, and more. The following are the errors and issues for the game along with their possible fixes and workarounds.

Some players are reporting that Transport Fever 2 doesn’t even start and are getting the “An error occurred while updating transport fever 2 (missing executable)” error.

There are two reasons for the game to not launch. The first is probabaly that the game doesn’t have administrative rights. Right-click on the game’s exe > properties > compatibility mode. Check “Run this program as an administrator”, apply the changes and start the game and the issue should be resolved.

This is another issue that players are experiencing but isn’t a critical one. Players are reporting that when they start the game they get the black screen which audio is playing in the background.

Just press “Alt + Enter” and the game will go into Windowed mode and will start to display. Go to video settings and change the resolution and you’ll be able to play the game in Fullscreen.

If this Transport Fever 2 error still persists then increase the amount of virtual memory to get the game running properly.

This is another issue with the game that players are experiencing. Here are some fixes and workarounds that might help you.

One reason behind the game to crash at launch could be third-party monitoring software like MSI Afterburner and GeForce Experience. Disable them and the issue will be resolved.

If you are using MSI Afterburner and disabling it hasn’t resolved the problem then follow the steps below.

If you are facing crash at launch on Windows 7 then you might be missing latest updates for the OS. Make sure you have update KB3080149 installed.

As for Windows 10 users, most probabaly you are part of the Insider Program. Just opt-out of it as you might be using a beta version of the upcoming OS version. This should resolve the problem.

Performance is one of the common issues with PC games and Transport Fever 2 is no exception. Here are a few workarounds and fixes that will fix low FPS, stuttering and general performance of the game.

If you are playing Transport Fever 2 on a laptop and experiencing low FPS then chances are that the game is running on the Intel integrated GPU.

Right-click on Desktop and select Graphics Properties. Select Display > Graphics settings > click on “Browse”. Navigate to the folder where Transport Fever 2 is installed and add “TransportFever2.exe”.

Now that the game is in the list, click on options and select “High Performance” under High Performance. This will give you a significant FPS boost on integrated GPU.

Those of you playing on an Nvidia GPU open Nvidia Control Panel > Manage 3D Settings > Program Settings. Select the game from the game to make the following changes.

These changes will not only fix stuttering in Transport Fever 2 but will potentially give you an FPS boost. Also, for “Fast” sync to work the game should be running in Fullscreen and disable in-game vertical sync.

That is all for our Transport Fever 2 fixes for errors like out of memory, crash at launch, low FPS, stuttering and more.