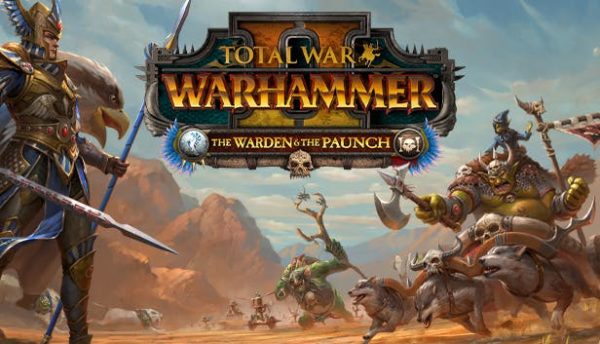 Total War Warhammer 2 PC players are facing errors and issues like the crash at launch, black screen, stuttering, and more. Here we will discuss all of the errors and issues with the game along with their fixes and workarounds.

Total War Warhammer 2 The Warden & The Paunch has launched. However, the DLC is causing errors and issues with the game like crash at startup, stuttering, and more.

The following are the errors and issues with the game that players are experiencing along with their fixes and workarounds.

According to players, Total War Warhammer 2 crashes right after the initial WH2 screen without any error message.

If you have installed mods for the game then they might be the ones causing the game to crash. Uninstall them and the Total War Warhammer 2 won’t crash anymore.

In case the game is still crashing without any error message and you have installed the kmm mod manager then go to tools > clean data> validate your installation. This will fix the issue with the game.

Another reason for the Total War Warhammer 2 to crash following the launch of The Warden & The Paunch is the graphical settings. If you are playing the game on the Ultra settings then drop these settings lower and the game will stop crashing.

According to players, when they launch Total War Warhammer 2 they get the black screen while they can hear the audio in the background. To fix this, launch the game and when the black screen appears, press “Alt + Enter”. The game will go into the Windowed mode and will start to display. Go to the video settings and set the resolution native to your display and the you’ll be able to play the game in fullscreen.

General performance issues are common in PC games like FPS drops, low FPS, and stuttering. Here is how you can fix stuttering in Total War Warhammer 2 and potentially boost FPS.

First. make sure you have installed the latest GPU drivers and there is no background process using too much of your HDD, CPU, or GPU.

This is another issue that Total War Warhammer 2 players are facing. There are multiple reasons that can cause the game to crash at launch.

Lack of administrative rights might be stopping the game from launching. Right-click on the game’s exe > properties > Compatibility tab > check “Run this program as administrator”. Apply the change, launch the game and the game won’t crash at startup.

If the issue persists then your anti-virus software or Windows Defender might be blocking the game’s exe. Either disable the anti-virus or exclude the game’s install folder from it. This will fix the crash at launch or game not launching issue.

That is all for our Total War Warhammer 2 fixes for errors like crash at launch, game not launching, stuttering, and more. if you are facing errors and issues with other games or your PC then also see our hub for commonly occurring PC errors and their fixes.