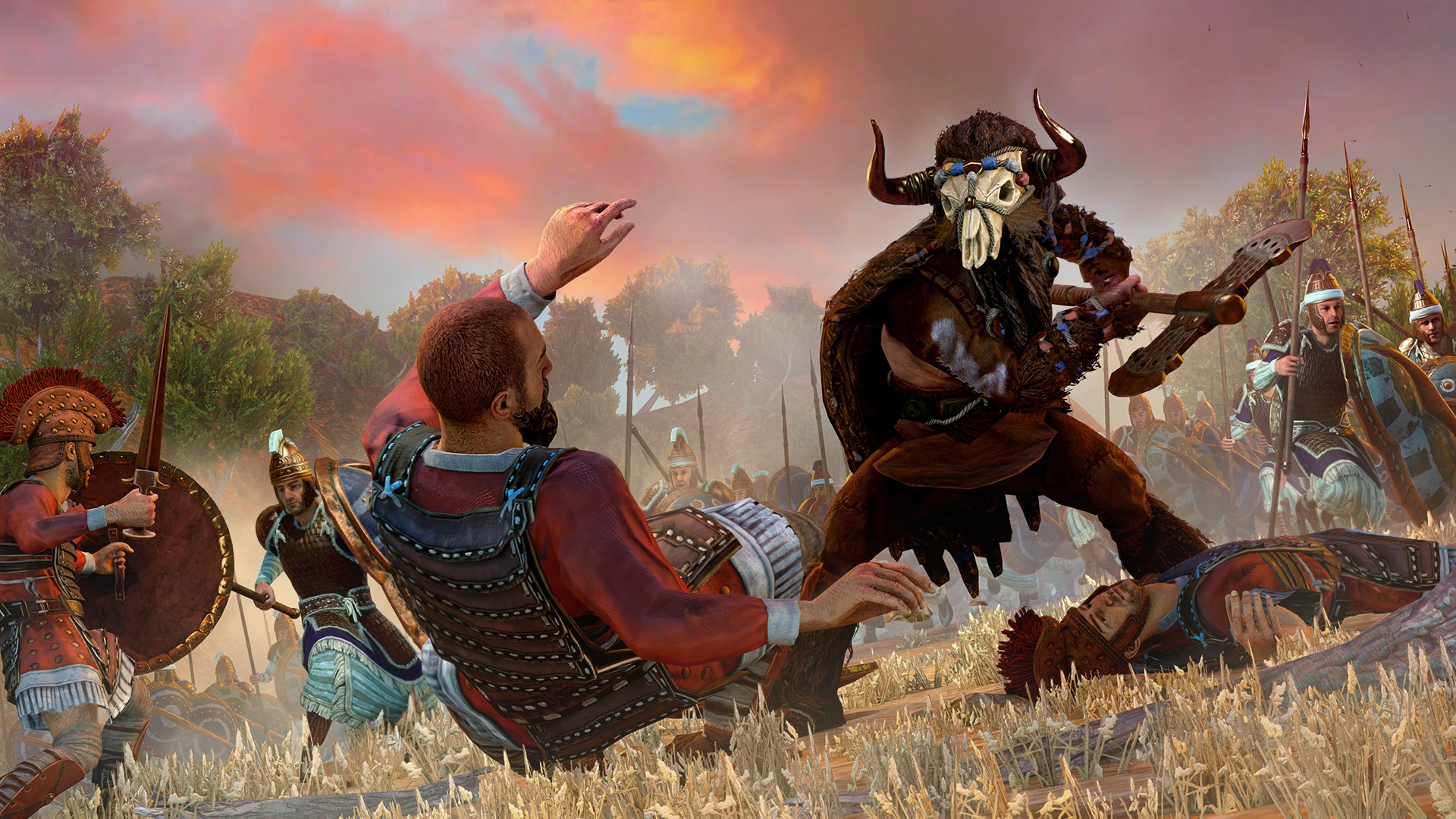 To open up the dedicated panel associated with these pantheons, click on the Mount Olympus icon on the top-left corner. This will open up a new panel detailing all seven pantheons. The main thing you should be concerned with on this panel is earning favor. You do so by clicking on ‘Prayer’ and ‘Hecatomb’ buttons at the bottom of the panel.

Once you’ve chosen a deity, press the ‘Prayer’ or ‘Hecatomb’ buttons to increase favor with him or her at the cost of some resources. There are a total of four ranks of favor i.e. Neglected, Respected, Celebrated, and Worshipped. Let’s neglect the ‘Neglected’ for the time being and talk about the remaining three ranks and the bonuses you unlock for reaching them.

Ritual
Upon reaching the ‘Worshipped’ status with Hera, you’ll also unlock Prayer of Hera ritual which will last for 4 turns and provide +3% to casualties suffered by enemy armies from Hera’s protection. Performing the ritual, however, will cost you -20 Gold and -400 Wheat.

Ritual
Prayer to Zeus provides +5 to deal evaluation for all diplomatic agreements except barters. Performing the ritual will cost you -20 Gold, -400 Wheat and the effect will last for 4 turns.

Ritual
Prayer to Ares gives -10% to morale of all enemy units. The effect lasts for 4 turns and will set you back -20 Gold and -400 Wheat.

Ritual
Prayer to Apollo also lasts for 4 turns and costs -20 Gold as well as -400 Wheat. When enacted, it gives +20% to success chance of all agent actions for all characters. Apart from it, it also gives +20% to campaign map line of sight around temples of Apollo in all regions.

Ritual
Prayer to Athena costs -50 Gold, -1,000 Wheat and gives you +4 to recruit rank of all units and +3 to local recruitment capacity. Like other rituals in Total War Saga: Troy, its effects last for only 4 turns.

Ritual
When it comes to Poseidon’s ritual, it costs -50 Gold and 1,000 Wheat. When enacted, it gives +30% to battle speed of melee, mounted, and chariot units of all armies. Aside from this, it also provides immunity against deep-seas attrition for all armies.

Ritual
Prayer to Aphrodite provides you +5 growth and +3 to happiness. It lasts for 4 turns and costs -20 Gold, 400 Wheat.

Remember that it’s entirely possible to worship multiple deities simultaneously but doing so will require you to dish out a hefty amount of resources. Neglecting these deities, on the other hand, can cause them to become angry. This wrath can take different shapes in the form of bad incidents, ill omens, angering the priests, etc.

Religion in Total War Saga: Troy requires your constant attention. After each turn, you’ll continue to lose favor and will have to keep up with it. This means investing more and more resources.

Another important thing to bear in mind is that certain Heroes have an affinity with different deities. An example of this Aneas and Aphrodite. In this case, Aneas can build a special building called the Great Temple of Aphrodite which provides him with additional favor. When it comes to gaining the favor of your desired deity, you should start with building and upgrading a temple. Once built, you should consider investing in Hecatombs and recruiting priestesses.

Hecatombs in Total War Saga: Troy are sacrifices that require a lot of resources but push your favor even further. It’s also important to note that Hecatombs have internal cooldowns and can be performed after a set number of turns. If you aren’t happy with the benefits provided by a deity, you can always dedicate the temple to another deity for some resources and time. However, certain royal decrees such as Divine Architects can lower the construction costs of temples and religious buildings.

Lastly, note that reaching maximum favor with deities will allow you to recruit powerful Mythical Units that can turn the tides of a battle.