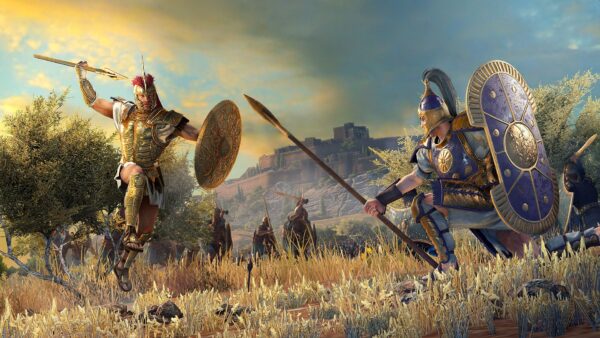 Total War Saga: Troy has launched and the PC version of the game is facing errors and issues like the crash at startup, black screen, game not detecting dedicated GPU, resolution not changing, OS not compatible, stuttering, and more. Here I have compiled a list of errors and issues with the game along with their fixes and workarounds.

Total War Saga: Troy is the latest entry in the long-running franchise. The PC version of the game is facing errors and issues like crashes, OS not compatible, black screen, the game not detecting dedicated GPU, and more.

Some players are reporting that when they launch the game, it crashes after the logos. This issue is related to the region and language. If you have selected regions like Japan or Chinese, just switch to the US region. Restart your system and Total War Saga Troy will stop crashing.

Another reason for the game to crash is the use of third-party tools and software like MSI Afterburner. Just disable any third-party software you are using and the issue will be fixed.

Some PC players have reported that Total War Saga Troy runs on the integrated GPU instead of the dedicated one. This can be fixed by forcing the game to use the dedicated GPU.

One way to do that is to disable the integrated GPU from Device Manager. Open Device Manager and right-click the iGPU and select disable under “Display Adapters”. Now, you system will only use the dedicated GPU.

This is a common issue with PC games and TotalWar Saga: Troy players are experiencing a black screen at launch while the audio is playing in the background. Launch the game and when the black screen appears, press “Alt + enter”.

The game will go into Windowed mode and will start to display. Now go to the video settings and set the proper resolution and players will be able to play the game in fullscreen.

This issue is happening due to the game running in Windowed Mode. Just switch it to Fullscreen and thee issue will be fixed.

While this might sound ridiculous, for some players this issue is being caused by Google Chrome with Adblock enabled. Just disable the Adblock and the game will start working fine.

If you are playing the game on a laptop with a discrete GPU or a PC with integrated GPU enabled, chances are the game isn’t switching to the dedicated GPU and hence is crashing. Players just need to make sure the game uses the discrete GPU and here is how to do it.

Another reason for the game to crash at launch could be the lack of admin rights. Right-click the game’s exe > Properties > Compatibility tab > check “Run this program as administrator”. Apply this change and launch the game. It should be working fine.

Also, make sure your Windows 10 OS is updated. Games require a certain Win 10 build to work and you haven’t updated your operating system, then update it and the crash at startup issue with the game will be fixed.

MAC OS users are experiencing the issue where the game tells them that the OS isn’t compatible. This is because the MAC OS version of the game, at the time of writing, isn’t yet released. It’ll launch soon and the issue will be fixed.

Performance is a common issue among PC video games and apparently, Total War Saga Troy isn’t an exception. The game is experiencing low FPS and stuttering issues. Here is how to fix these performance issues with the game.

First, install the latest GPU drivers and make sure there is no background process using too much HDD, CPU, or GPU. Terminate that process if it does.

Apply this change and the game’s FPS should improve and stuttering should be fixed. In case the performance issues continue to persist then follow the steps to Nvidia Control panel mentioned above and make the following changes.

Anti-aliasing-FXAA – “Off”
Anti-aliasing-Gamma Correction – “Off”
CUDA GPUs – “All”
Low Latency Mode – Player’s choice.
Set Power Management to “Prefer Maximum Performance”
Shader Cache – “On” only if you are using an HDD. Don’t need to enable it for an SSD.
Set Texture filtering – Quality to “High Performance”
Triple Buffering – “Off”
Set Vertical Syn to “Fast”

Apply these settings and not only stuttering will be fixed but players might get a performance boost if they have a decent enough CPU or GPU. Note that, Fast sync won’t work if players have enabled the Max FPS limit in Nvidia Control Panel.

That is all for our Total War Saga: Troy fixes for errors and issues like crash, black screen, low FPS, crash at startup, stuttering, OS not compatible, and more. If you are facing errors and issues with other PC games or your PC then also see our hub for commonly occurring PC errors and their fixes.