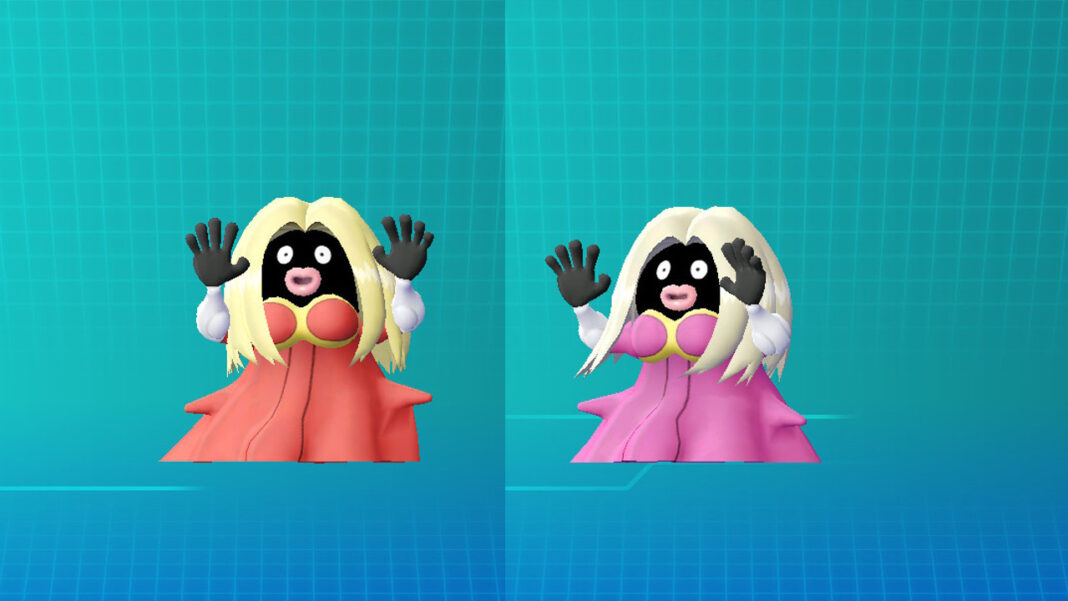 Since their first release, Pokemon games have created some of the ugliest Pokemon. It’s hard to believe that a game designed for children would create such strange-looking creatures, but there is an interesting reason behind this. For starters, the designs of these Pokemon are intentional and help represent their type or elemental ability in-game. The designers also use them to help players distinguish between different types quickly and easily.

Another reason why Pokemon games create ugly designs is that it helps make them stand out from one another by making them memorable. Players remember which Pokemon is stronger or rare just by looking at it – thus giving it a unique identity and helping trainers differentiate between each creature within the game.

Lastly, Pokemon games create ugly Pokemon because it helps create a unique and creative world. No two creatures look precisely the same, making each one feel special and stand out from the rest. It also allows for more imaginative designs, which can be realistic or exaggerated depending on the creature’s type or ability.

Considering all this, here is our list of the top 10 ugliest Pokemon of 2023. 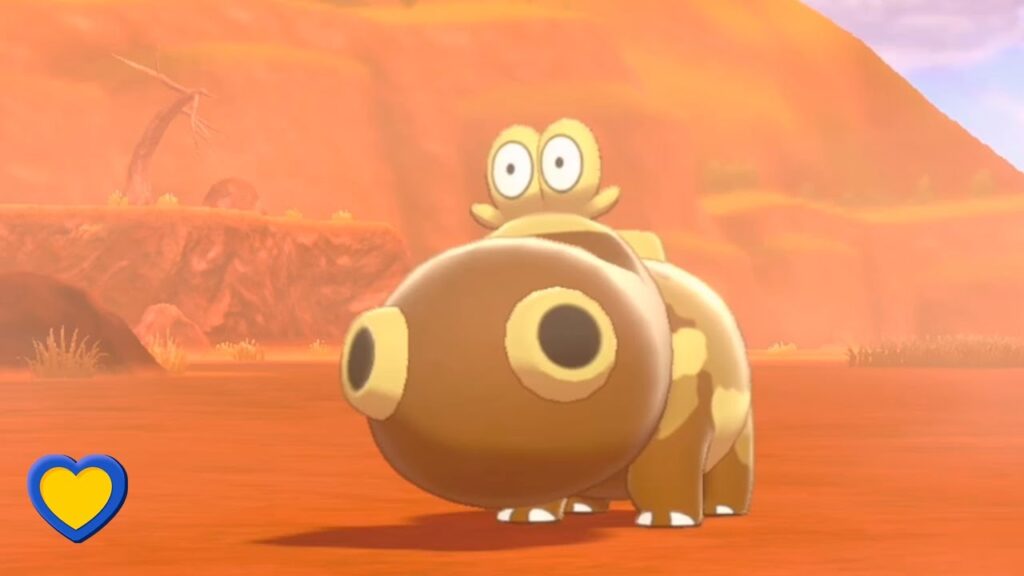 Hippopotas is a Ground-type Pokemon recognizable by its small eyes, small mouth, and giant nostrils. However, many people are turned off by its muppet-like appearance, with eyes that resemble bugs. Another thing that doesn’t make sense is how the Hippo moves across the sand. It swallows and then expels sand through its nose. 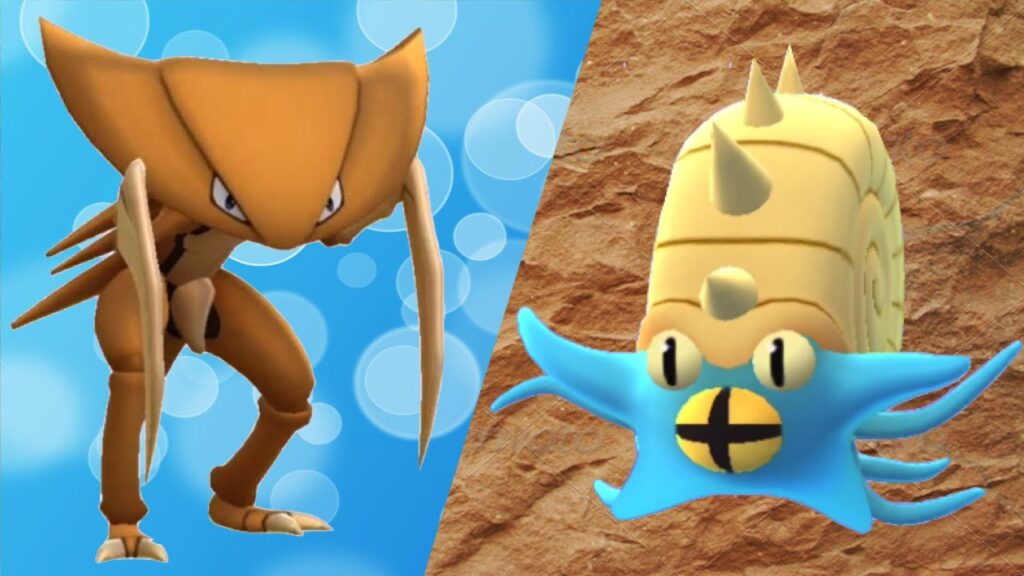 Omastar is a Rock/Water type Pokemon with a strange-looking shell and tentacles. It resembles an ancient creature known as the Ammonite fossil, found in many places worldwide. However, its eyes appear as if they are pointing in opposite directions, and its long tentacles make it look rather creepy. 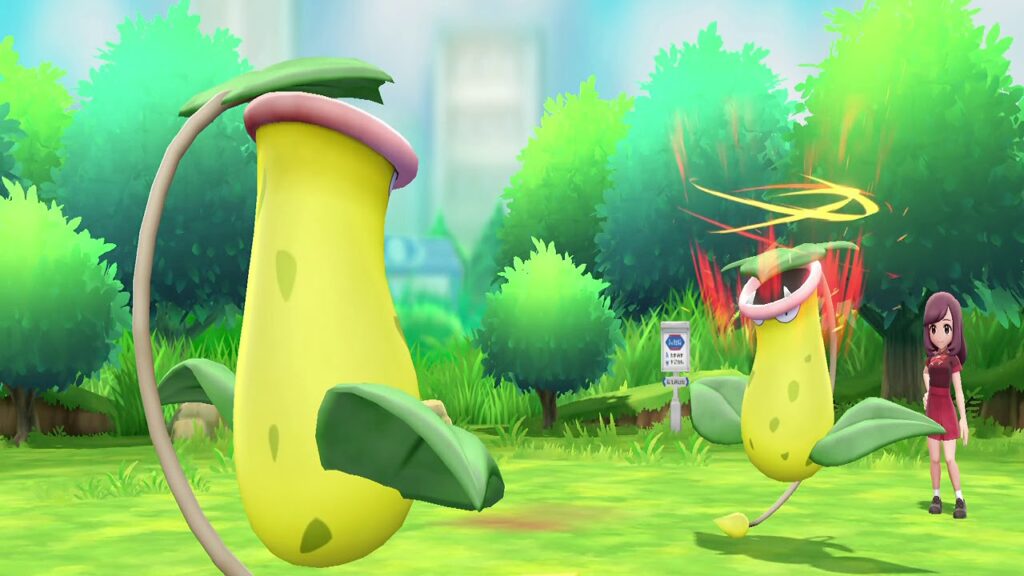 Victreebell is a Grass/Poison type Pokemon, and it looks like a giant water jug. Its long brown leaf tail, small eyes, and leaf arms give it an intimidating look that makes it hard to forget. What’s worse is that its mouth can open up wide enough to swallow even smaller Pokemon, and then acid inside its body dissolves it. 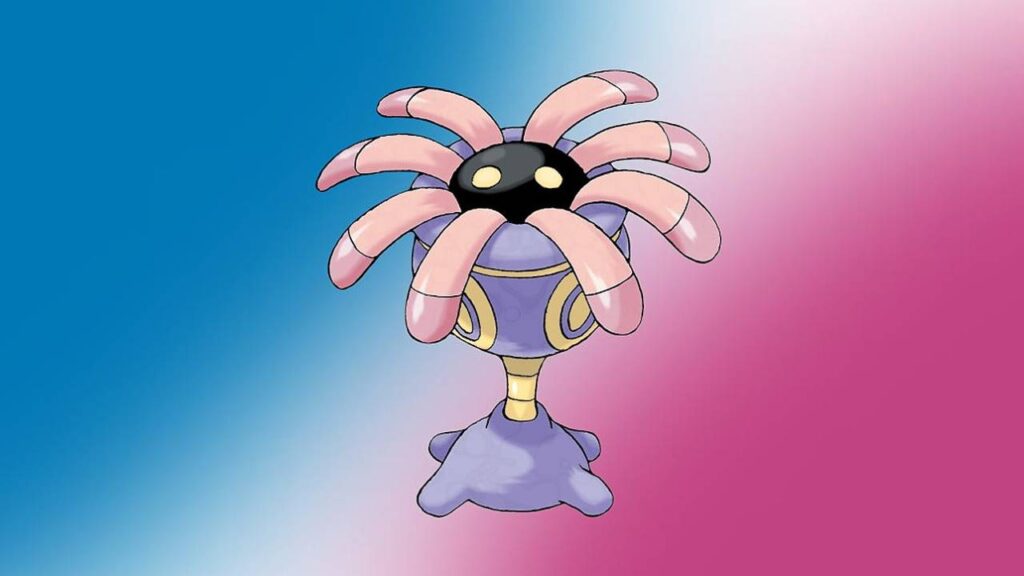 The name Lileep which Rock/Grass type Pokemon that might make you think of a flower, but in reality, it looks nothing like one. It’s more akin to a tree with octopus tentacles. In other words, it doesn’t look like either a tree or an octopus. The designer didn’t know what they were doing and just threw this random design together, and Pokéon Franchised decided to run with it anyways. 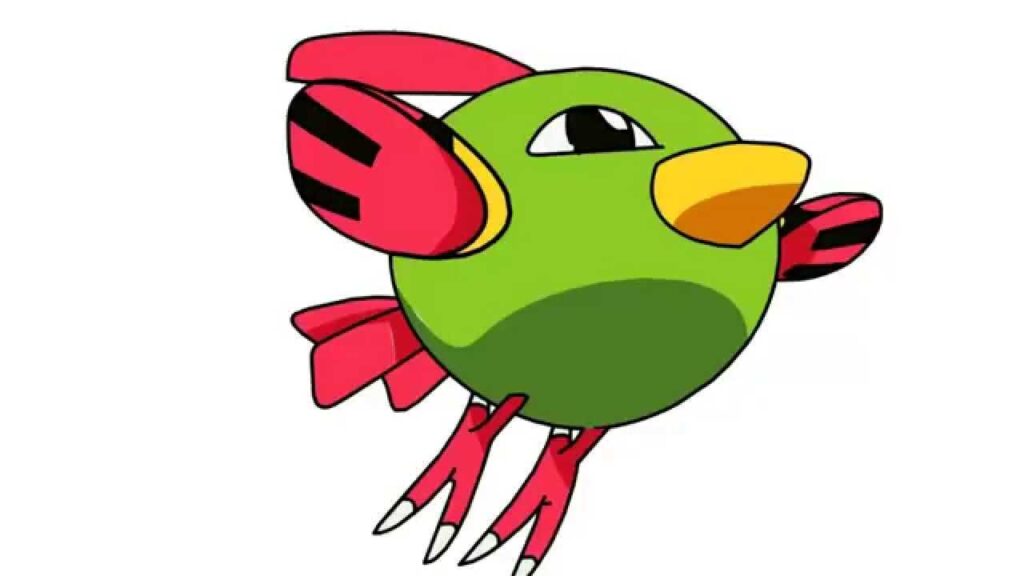 Natu is a psychic/flying type Pokemon that looks like an overweight baby bird with an oversized head. Its long beak, big eyes, and red feathers make it look quite awkward – something you wouldn’t forget easily. To put it simply, Natu resembles something a newbie doodler might create; its face makes up its entire body. Furthermore, this creature’s wings are entirely useless; there’s no way it could ever fly! 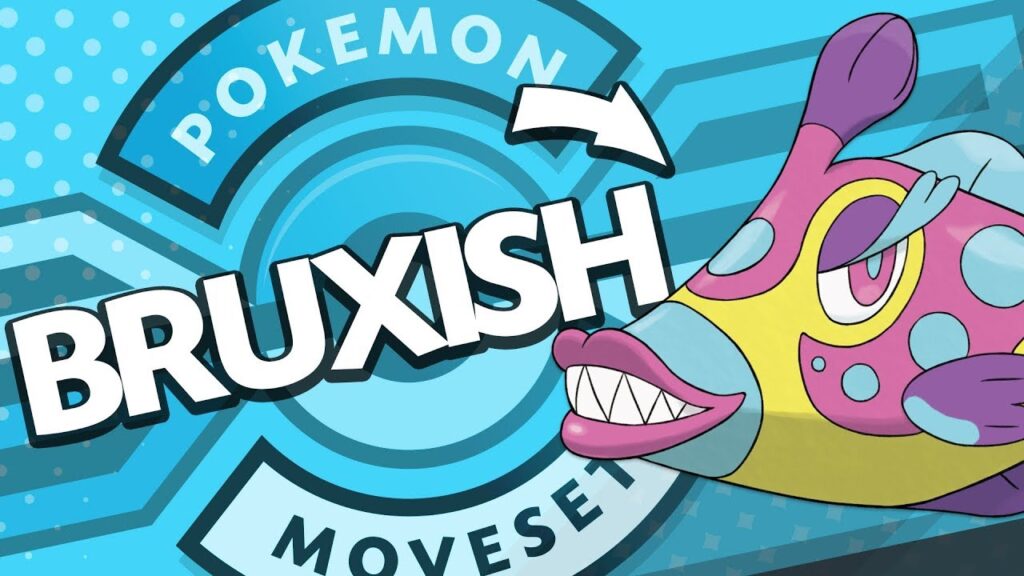 Bruxish is a Water/Psychic type Pokemon that resembles a fish skull. It has eyes, but its head is mainly composed of teeth angled inwards–giving it an eerie look. Its purple fins and long flower horn are distinct and stand out from other ocean-dwelling creatures. In short, if you’re familiar with Disney villainesses (think the evil witch with big sharp teeth), then Bruxish would be that character’s fish form. 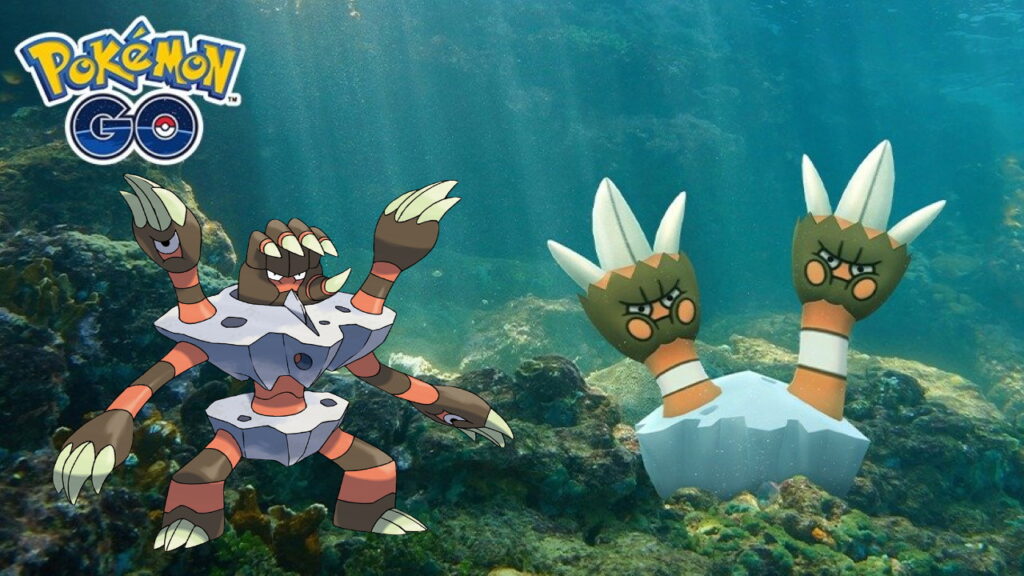 Binacle is a Rock/Water type Pokemon that looks like it got trapped in cement and its hands were out as if it was calling for help, but nobody came to help. Then the cement hardened around the whole Pokemon, and its hands were still outstretched. There is a creature that has a mouth on each of its hands. These creatures piss into each other’s palms before shaking hands with others as a greeting. They look like blobs with eyes and a mouth, similar to the Pokemon Gengar. 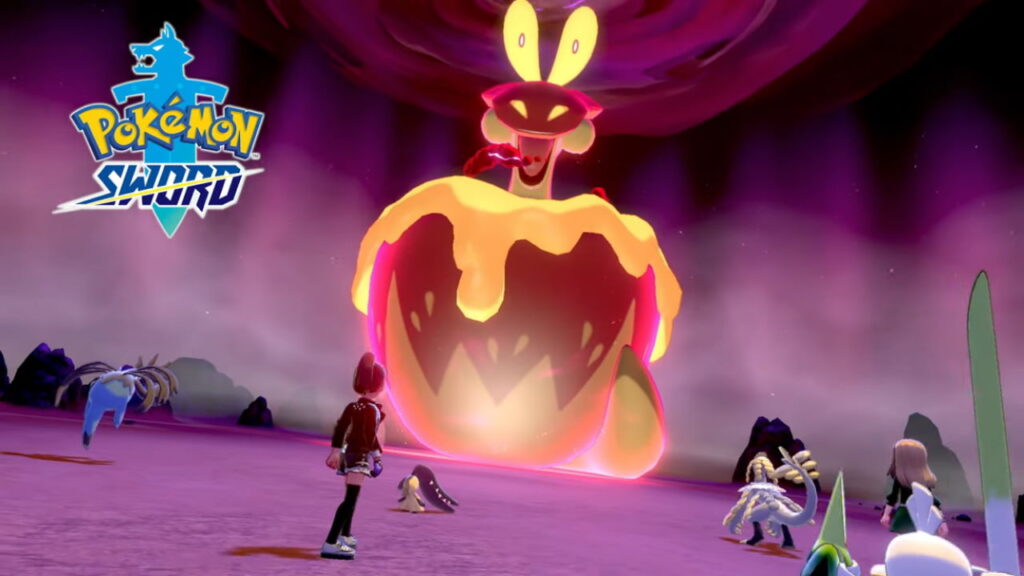 I never would’ve thought there are some lousy dragon-type Pokemon, especially since everyone always talks about how cool they are. Unfortunately, I was scrolling through the new eighth generation of Pokemon and came across Flapple, which is a shame for such an iconic franchise.

If you’re looking for a moment of relief and want to believe that Flapple is a dragon-type Pokemon, imagine a dragon hatching from an egg. The leg, head, and hand would still be attached to pieces of the egg. 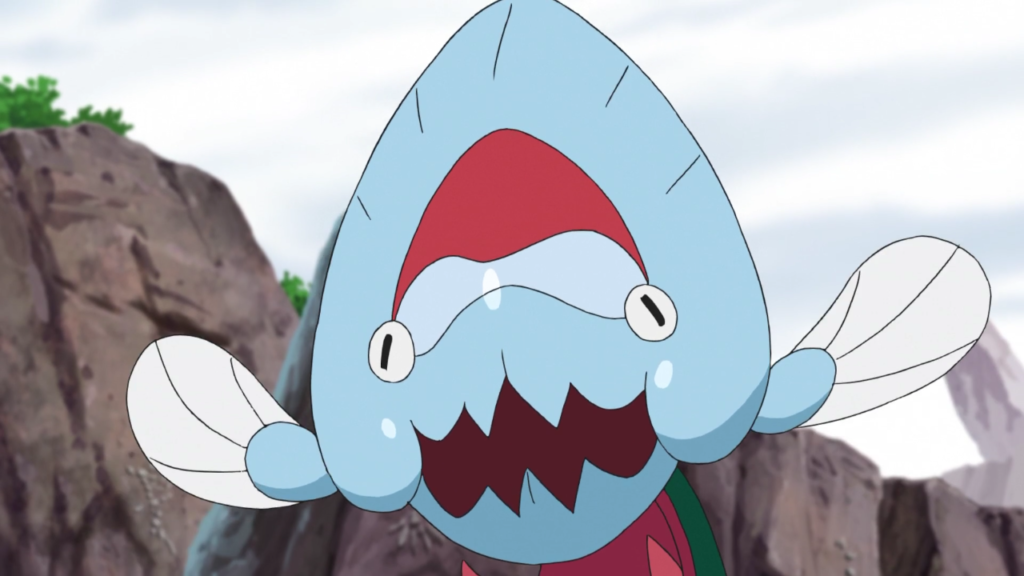 Dracovish, a Water/Dragon-type Pokemon, is just as much to blame for the diminished expectations of dragon-type Pokemon as Flapple is. It looks like a T-rex, dragon, and fish had a baby–it has fins over the hands, and the giant teeth over the stomach give the stomach a face-like appearance. Plus, it has razor-sharp teeth, making it look pretty darn scary. And if that wasn’t enough, it could swim fast thanks to its powerful tail fin. 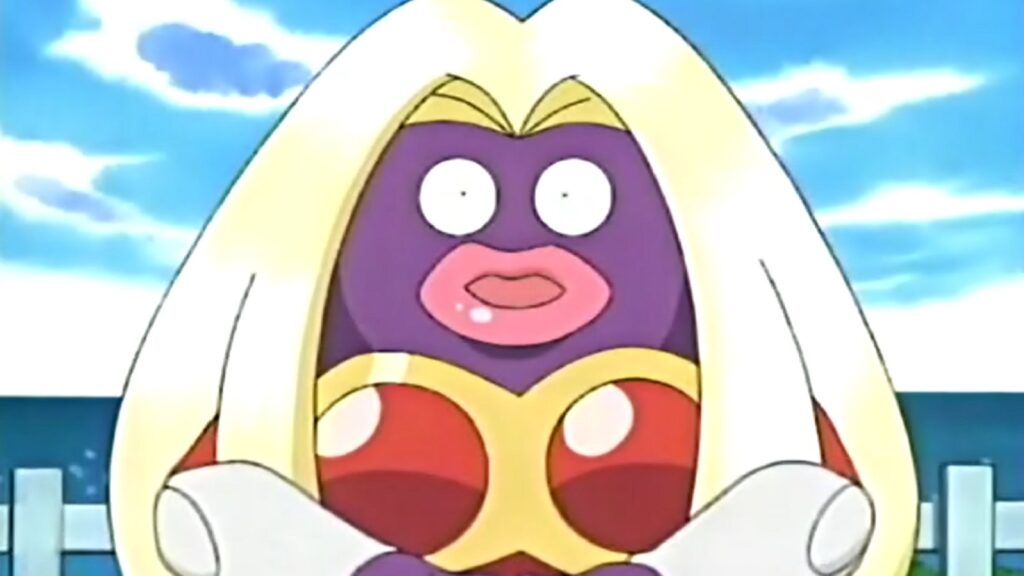 If you’re familiar with Jynx, the Ice/Psychic type Pokemon, then you know why it tops our list of ugliest Pokemon – it’s just plain creepy. With a body resembling a princess dress and bubble-like growths on both arms instead of biceps or triceps, hairs are like lines drawn over a balloon. In addition, the blank, expressionless face Ballooned up like a balloon, making this creature look more like an alien from another planet than anything else.

That concludes our list of Ugly Pokemon in existence. We also have a list of the best Pokemon ROM hacks you need to try, so do check it out before you go.