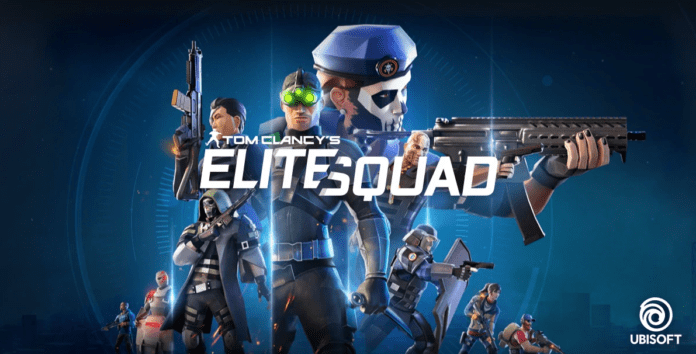 Players will have access to 70 iconic characters along with countless weapons, gear pieces and unique abilities to upgrade and build the deadliest squad.

As commander, players will lead their squad in dynamic 5×5 shooting battles on the most epic battlefields, including the Base of Operations from Tom Clancy’s The Division and Valletta, Malta, from Tom Clancy’s Splinter Cell Conviction.

Tom Clancy’s Elite Squad includes a thrilling campaign mode, introducing a brand-new Tom Clancy’s storyline where players will have to face a new threat to save the world. The campaign will feature multiple chapters, with a variety of unlockable soldiers and unique narrative scenes.

Along with the campaign, players can challenge other squads in the arena for intense PvP battles or even join forces in epic guild wars for an immersive and competitive experience.

For more information about Tom Clancy’s Elite Squad, you can check out the official website.

The teams throughout Ubisoft’s worldwide network of studios and business offices are committed to delivering original and memorable gaming experiences across all popular platforms, including consoles, mobile phones, tablets and PCs. For the 2019–20 fiscal year, Ubisoft generated net bookings of €1,534 million.

Let us know what you think about Tom Clancy’s Elite Squad coming to Android and iOS devices and whether or not you are interested in checking out the game on mobile.