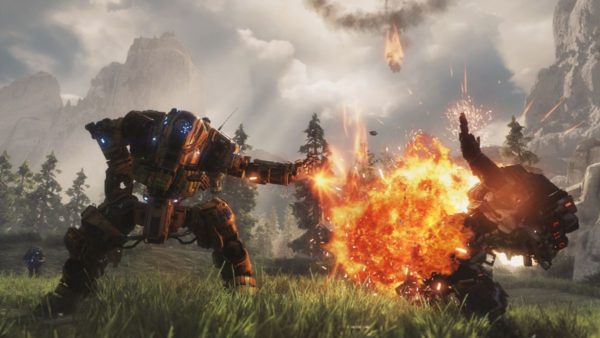 Titanfall 2 is a gem of game that was overlooked in 2016 thanks to its release date. Now that the game has launched on Steam, the game got a second chance. However, Titanfall 2 PC players are facing errors and issues with the game like the crash at startup, resolution unsupported error, disk write error, Directory Creation Error, and more.

Titantfall 2 players are reporting that the game’s isn’t saving their progress. Once they close the game, they have to start from the beginning.

According to players, when they launch Titanfall 2, nothing happens and sometimes Origins doesn’t even recognize the game is installed or running. There are multiple reasons why Titanfall 2 isn’t launching and the following are the fixes.

Let’s start with the simple fix to Titanfall 2 not launching. Start the game and if Steam is showing it as running, then wait for a while. After some time, Origin will itself sort it out and will launch followed by Tatanfall 2. Or launch the game directly from the exe file instead of the Steam library.

Another fix for this issue is to open Steam > right-click Titanfall 2 > Properties > Local Files > verify integrity of game files. Let Steam complete the process and then start the game. It’ll work without any issue.

If the above fixes didn’t work then, open Origin and go to “My Game Library”. Right-click on Titanfall 2 and select “Locate Game”. Now navigate to the game’s install folder and add Titanfall 2. Origin will restart and the issue will be fixed.

For some players, apparently there is no “Locate Game” option. If you are one of those players, close both Steam and Origin. Then start Origin but, run it as administrator. After that, Start Steam and the game will launch without any issues.

Titanfall 2 players are reporting that when they launch Titanfall 2 they get the resolution unsupported error. The following is the full error that players are experiencing.

This error is related to the game’s resolution. The first time players launch the game, it runs at 1280 x 720 resolution. If you display doesn’t support the resolution then the game crashes at launch and “Resolution unsupported” error pops up.

This can easily be fixed, all players have to do is change the game’s resolution in the config file. Go to the Documents folder and navigate to “Documents\Respawn\Titanfall\local”. Open “videoconfig.txt” file in notepad and look for the following settings.

Now if your display is 1080p, then set the values for these settings as shown below.

Save the changes, launch Titanfall 2 and it’ll start working with the resolution error.

This is another error that is stopping players from downloading or update Titanfall 2. The following are the fixes for this particular error.

According to players, when they launch Titanfall 2 they get the following error.

The game Titanfall® 2 Deluxe Edition does not appear to be installed. Please install it or try relaunching the game.

Obviously, Origin isn’t recognizing that the game is installed. First, players need to set the same download location for Origin as Steam. Open Origin > Application Settings > Installs & Saves. Set the location under “Game Library Location”. Now, go to My Library and start downloading the game. It will recognize the already installed Titanfall 2 and the error will be fixed.

In case, Origin doesn’t recognize the installed game starts to download from scratch, there are two potential fixes for it.

The first fix is simple, open Origin and go to “My Game Library”. Right-click on Titanfall 2 and select “Locate Game”. Now navigate to the game’s install folder and add Titanfall 2. Origin will restart and the error will be fixed.

The second fix: stop the download and delete Origin. Open Steam and launch the game from there. It’ll ask you to install Origin. Install it and this time Origin will recognize the game as installed and the “Titanfall 2 Deluxe Edition does not appear to be installed. Please install it or try relaunching the game” error will be fixed.

This is another Titanfall 2 error that is not allowing the game to make save files. The following is the complete error that players are experiencing.

Because of this, players have to start the game from the beginning. Here are the fixes.

Of course, the error also states the folder it can’t access. For some players, that folder exits in OneDrive. This error can happen if you have changed your PC. Also, the game doesn’t support cloud saves on Origin.

To fix this, players need to create a dummy account and play Titanfall 2 using that account. This will fix the error for good.

According to players, they are unable to play Titanfall 2 as the game crashes at startup. Here is how you can fix the issue.

One reason for the game to crash is the lack of admin rights. Right-click on the game’s exe > properties > Compatibility tab > check “Run this program as administrator”. Apply the change the game should start working without any crash at launch.

PC games are known to have performance issues thanks to so many configurations out there. Titanfall 2 players are reporting low FPS and stuttering issues with the game and here is how to fix it.

First, install the latest GPU drivers and make sure no background process is using too much HDD, CPU, and GPU.

If the above scenario doesn’t apply to you then open Nvidia Control Panel > Manage 3D Settings > Program Settings > select the game. Make the following changes.

Disable in-game v.sync and you should be seeing improved FPS and stuttering fixed. In case stuttering still persist, follow the steps mentioned above but, set Vertical Sync to “Fast”. This will fix stuttering and give you a performance boost if you have a decent enough CPU and GPU.

That is all for our Titanfall 2 fixes for errors like the game not saving, Game Not Launching, Resolution Unsupported error, disk write error, and more. If you are facing errors and issues with other PC games or your PC then also see our hub for commonly occurring PC errors and their fixes.