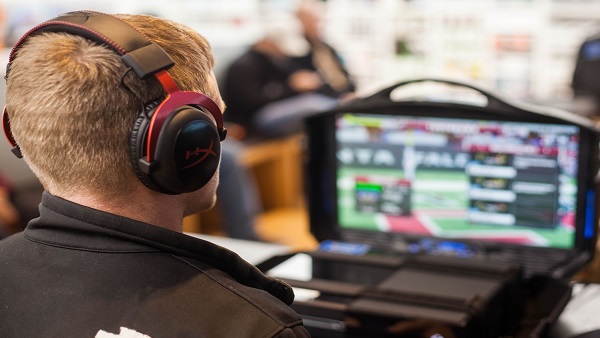 Every year, football fans wait eagerly for the release of the latest NFL Madden game from EA Sports. These new releases contain new features, control refinements, better graphics, up-to-date players, and another opportunity to prove to your friends that you’re still the best Madden player.

2018 marked the 30th anniversary of the first Madden game, known as John Madden Football, which was released for the Apple II. It was also released for MS-DOS and Commodore 64 the following year. A lot has changed since this first game. Essentially, the only thing the latest games and the original Apple II version have in common is that they are both games about American football and have the name “Madden” in their title.

Here is a look at Madden over the last three decades. 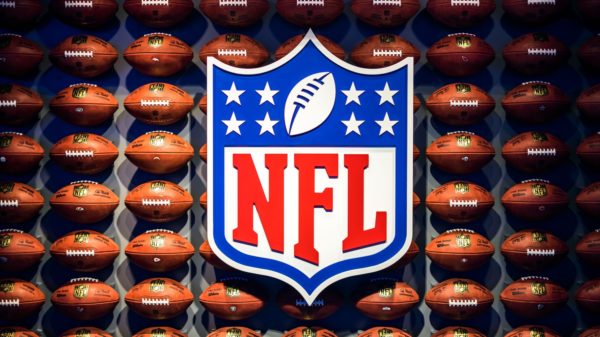 Nearly all of the Madden titles feature the official NFL teams, from the favorites for Superbowl LIV, the New England Patriots, to their contenders from Superbowl LIII, the Los Angeles Rams. In contrast, the original John Madden Football game featured 16 teams with their names and details changed just enough to let players know who they were supposed to be, but avoid any legal issues.

John Madden Football was originally released for Apple II, MS-DOS and Commodore 64. It was well-received, and just like football in real life, had a heavy focus on strategy and rules, demonstrated by its ability to let players create their own plays from scratch.

In 1990, the game was released on the Sega Genesis, although it wasn’t a direct port. Instead, it made use of the game engine from another football game called ABC Monday Night Football, which had a more arcade-style. Despite the different gameplay, John Madden Football for the Genesis was a huge success, selling 400,000 copies, over five times more than EA had expected.

It wasn’t until the 1993 release of Madden NFL ‘94 that EA Sports secured rights to use the NFL logo and name. It was from this game onwards that we have received annual releases from EA Sports. Although the NFL had licensed the game, the NFL Players Association didn’t, so the players were only identified by their number. This was a less than elegant solution, made even more confusing by the fact that the early releases on the SNES game had the New York Jets and New York Giants rosters mixed up.
Madden NFL ‘94 was also the first game in the series that provided the opportunity for players to take part in a full regular NFL season. It introduced several new playing features, like “Flip play”, “Bluff play” and “Play-call mode”.

Madden NFL ‘94 was the first of the series to make the Super Bowl teams available without a special code to unlock them. It was also the first Madden game to use the now-iconic “EA Sports – It’s in the Game” line.

The following year’s release of Madden NFL ‘95 saw the game’s first handheld release and was made available for Nintendo’s Game Boy and Sega’s Game Gear. It was the first release in the series to feature actual NFL players on the cover, and not just John Madden, signaling the official licensing from the NFL Player’s Association.

Madden NFL ‘96 was the first game in the series to be released on Windows. It featured a significant increase in the game’s AI, allowing for players to spike the ball, pull off two-minute drill hurries and other plays with more realism. It was due to be the first NFL game to be released on the Sony PlayStation, however, several delays led to it being canceled.

It wasn’t until Madden NFL ‘97 that the PlayStation owners would get their hands on a Madden game. It was also the final title to be released on the Game Boy. ‘97 was the first version to have a salary cap that limited team roster customization, and also included the Baltimore Ravens and a team of real free agents to add to the rosters of other teams. This team could also be played with a cheat code.

Madden NFL ‘99 was the first in the series to add the popular “Franchise Mode”. This allowed the player to take control of their chosen team for 15 seasons; trading, signing, releasing, and drafting players. Using the PlayStation’s multi-tap, the game allowed up to eight people to simultaneously play the game.

Released in 1999, Madden NFL 2000 was the final game in the franchise to feature John Madden as the main person on the cover. It was the first game to be released on Apple Mac and Game Boy Color.

Changes were made to the Franchise Mode, allowing multiple owners to compete in the same season. The player could also opt to allow the game to make off-season decisions for them.

Madden NFL 2001 was the first game in the series to be released on the Xbox and PlayStation 2, although a version was also made available for the original PlayStation. Although John Madden did not feature prominently on the cover, a small area in the top right corner contained his photo and autograph. It was also the first game to have online-enabled multiplayer gaming.

John Madden was finally removed from the game’s cover in Madden NFL 2005.

Madden NFL 07 was the first version to be released on PlayStation 3 and Wii. It included improved graphics and several new gameplay features. This included extra controls for running backs to duck, squirt or spin out of tackles, as well as the option to remove computer assistance.

Madden NFL 18 is the first game in the series to only be released on PlayStation 4 and Xbox One, allowing it to make use of the Frostbite game engine. It features a new story mode called “Longshot”, which follows a Texan Quarterback who is trying to make it to the NFL. You must play NCAA college football and make decisions about his career to help him get drafted. The game also offered a new “game style” feature.

Madden NFL 19 and 20 have both made use of the Frostbite engine, and are therefore gradual, stepped improvements on Madden NFL 18.

Overall, the Madden games franchise has come a very long way since the first John Madden Football back in 1988. Few could have known that it would have grown into such a powerhouse in three decades. This has seen EA Sports receive $4 billion in revenue from the game. Given this huge success, it doesn’t look like the series will be stopping any time soon. So, expect the annual releases to continue for some time. It’s likely another major improvement to the game, particularly its graphics, will be made when the next generation of consoles get released in the next couple of years.