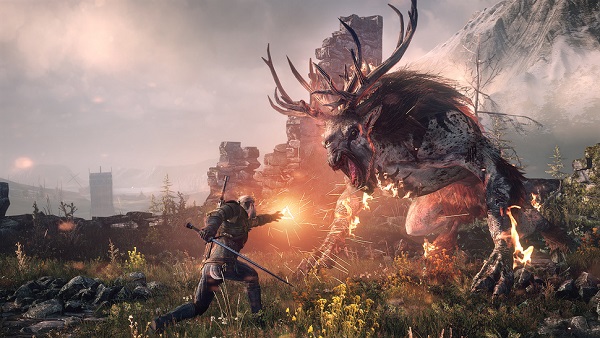 The Witcher 3 is a game best enjoyed on its first playthrough, obviously. After you’re done with it once, though, there isn’t much left in the wake of replay value. Seeing as you already know how the story goes and all right? That’s where The Witcher 3 Mods come in.

You’re probably already familiar with modding thanks to Skyrim so I’ll skip the explanation of it. What I will cover, is how the modding of the Witcher 3 on the Red engine works. The good news is that CD Projekt Red is a pretty big fan of the PC community so they optimized and made their game pretty mod-friendly. It’s still a bit tricky to pull off but it’s also more than doable.

In this section of the guide, we will discuss how to install mods and the best mods to install in 2020. If you are new the game or new to modding this guide will help you mod The Witcher 3.

How to Install Mods

The first part of modding The Witcher 3 is regarding the setup of your game to be modded. It’s pretty simple and straightforward to do. The first thing you’ll want to get is an application called the Witcher Script merger. Sort of works like the Skyrim Script extender in a lot of ways. The main purpose of which is to be able to combine mods in a way that they don’t overlap and cancel each other out, but rather complement and support each other instead. Now obviously, some mods just aren’t meant to work together because of how they may affect the same thing. This is why the Script Merger is important. Besides making the merges, it also notifies you of when it’s not possible, so you’re not left scratching your head as to why the game won’t work.

Next you’ll want to make a literal folder called “Mods” within the game’s directory which is where you’ll be placing the extracted files of whatever mods you download. I’d suggest using Nexus for finding mods since it’s the relatively safest option and safe in terms of malicious content. With most mods, the implementation of them can be super easy, especially if they’re just simple texture mods.

After extracting the archives of the mod, you’ll simply copy the folder with the word “mod” ahead of the content and paste it in your newly made folder. Every time you then add a new mod, be sure to give it a run by the Script Extender to make sure it’s working. After that, you can pretty much launch your game.

The mods that change your scripts will then require a bit of tinkering, specifically in the input ini. document that you can find in the Witcher 3 documents folder. The rest requires copying and pasting said scripts under whichever category of input they classify as, then launching the game as intended.

Regarding the removal and uninstallation of mods, some are pretty straightforward, You just delete them from the Mod folder. But if it’s a script issue, understandably it can be hard to search the ini. file for your edits. Therefore, it’s easier to just delete the whole input folder. Why? Because after you launch the game, it makes a new default folder on the spot.

If a mod isn’t working for you, that can either be because it’s conflicting with other mods, something you can confirm using the script extender. Or it’s not compatible with your version of the game, something you can just check on the mod author’s page. Hopefully, this helps, and may the Witcher’s path guide you!

These were the best The Witcher 3 mods and ways to install them safely.