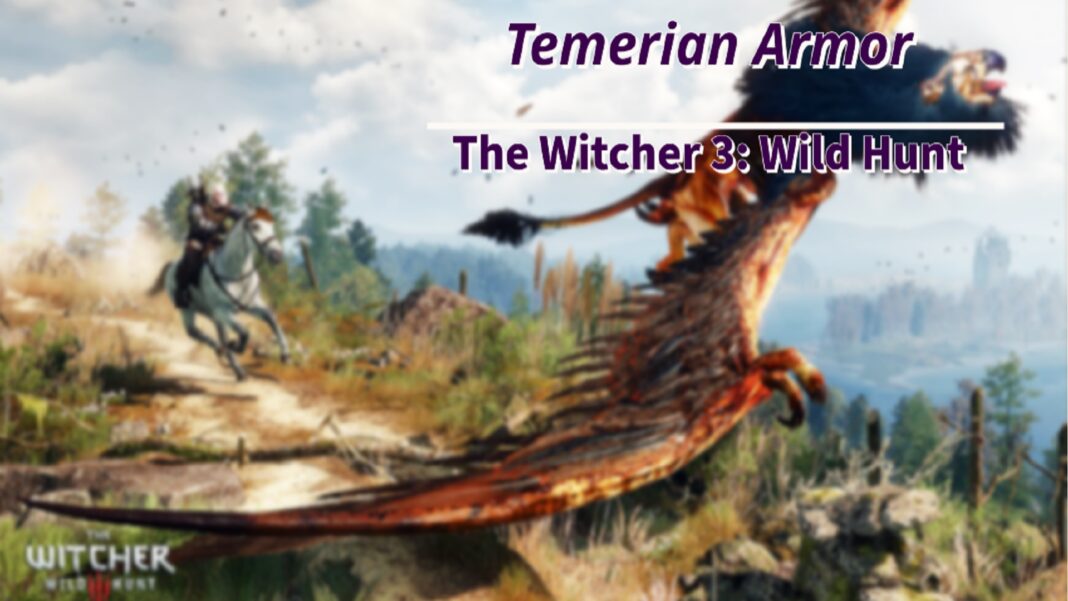 The Witcher 3 is not the most difficult game out there but it can prove to be a challenging experience on higher difficulties such as Death March. Now if you are playing the game on Death March, you are going to need all the advantages you can get as things can get quite challenging, especially in the early game. This is where the Temerian Armor truly shines as it can provide some much-needed protection in combat.

The poor northern kingdom located in the southern region of the Pontar river called Temeria might not have much going for it but has very skilled blacksmiths as the Temerian Armor set is one of the better-looking sets you can get in The Witcher 3: Wild Hunt.

You need to be at least Level 4 to don the armor and then it levels up with the character – upto Level 29. Just make sure to keep up with the repair work required as we do not want to permanently lose any piece by breaking it. Money can be tight in the early part of the game and this set of armor can be a good long-term investment as it levels up with you.

To get it, you will need to meet up with Bram, a merchant. He will be getting attacked by a Griffin and Geralt intervenes. If you choose to help him out, you will be able to buy everything from him for half the price. So make sure you do help the fella out. As stated before: money can be tight during the early stages of the game and every Crown counts.

After the first interaction, you can find him in White Orchard near the Seven Cats Inn. The area is full of Drowners and loot so you can easily make the 1,200 crowns required for the complete set which includes 2 pieces for Roach as well: A saddle and a pair of blinders. It’s always a good idea to save money for later stages of the game and the Temerian Armor is well worth the 1,200 Crowns you will pay for it. Some other Witcher 3 guides that you might be interested in: