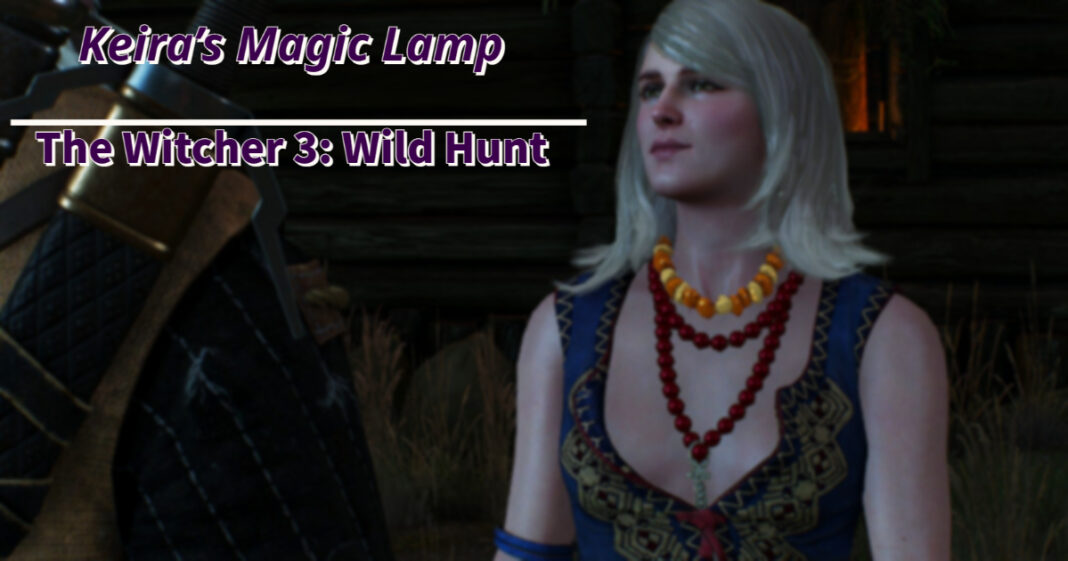 Magic Lamp in The Witcher 3 is a cool, little trinket that Geralt can use to reach otherwise inaccessible areas. While not required to complete the game, not having the Magic Lamp means that you will miss out on a bunch of items, optional quests, and more. Since it is not an essential item, many players can sometimes miss this essential trinket and subsequently miss out on several quests that use the Magic Lamp.

After completing The Nilfgaardian Connection quest, you will meet up with Keira Metz for Hunting a Witch quest in Midcopse. After completing Wandering in the Dark, you can just leave and never interact with her again. However, if you stick around, it will trigger a short quest, unsurprisingly called Magic Lamp, at the end of which you will get the Magic Lamp.

The next time you interact with her, you will start An invitation from Keira Metz and have another chance at acquiring the item.

While it is quite easy to find this lamp and the developers make sure a majority of players do not miss out on this item but if you do progress without the Magic Lamp, there’s a sizeable chunk of interesting content you can miss out on, including one of the saddest quests of Witcher 3: The Bastion.

While some of the quests have workarounds in case the player did not get the lamp but in most cases, the player is blocked from accessing some areas and whole quests remain unavailable. Some armor sets also cannot be collected as the Magic Lamp reveals secret passages which remain inaccessible if you don’t have the item.

This method of making small decisions count in the long run and greatly increases the immersion of the player along with the replayability of the game itself. The updated version of The Witcher 3 is the perfect excuse for the veterans of the game for another replay and if there is anyone out there who still hasn’t played this masterpiece I cannot recommend this game enough. Some more The Witcher 3 guides that you might be interested in: