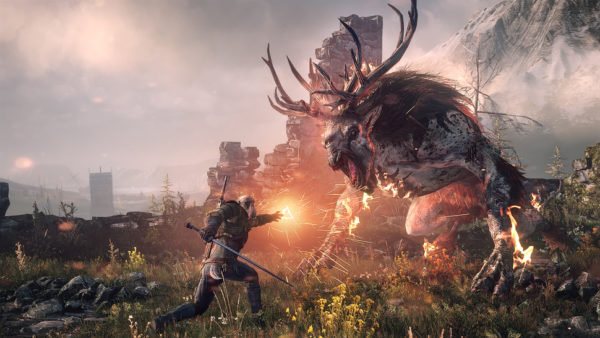 The Witcher 3 Wild Hunt is one of the best games of this generation. However, The Witcher 3 PC is facing issues and errors like the crash at startup, missing MSVCR120.dll, missing MSVCP120.dll, black screen and more. Here I have compiled a list of The Witcher 3 errors and issues along with their fixes and workarounds.

The Wicher 3 Wild Hunt is the game that changed a lot of things for the RPG developers. The game is one of the best looking games of this generation and is pretty well-optimized.

However, The Witcher 3 PC is facing errors and issues like random crashes, missing MSVCP120.dll, black screen, stuttering and more. The following are the errors and issues that players are experiencing along with their fixes and workarounds.

Crash at launch is a common error issue with PC games and The Witcher 3 is no exception. Players are reporting that the game just crashes at startup without any error. Here are a few fixes and workarounds that will help you with The Witcher 3 crash at launch or not starting.

One reason for The Witcher 3 to crash at launch could be your anti-virus software or Windows Defender detecting the game’s exe file as the Trojan virus. Fix his by disabling your anti-virus or making an exception for the game’s install folder.

If you have overclocked your GPU, then it could also cause The Witcher 3 to crash at startup. Revert the CPU back to its stock clocks and the issue will be resolved.

Another reason for the game to crash at startup is the lack of administrative rights. Righ-click on the game’s exe > Properties > Compatibility tab > check “run this program as administrator”. Apply the change and the game should be working fine.

Performance is often an issue with PC games and The Witcher 3 is no exception despite being incredibly well-optimized.

Players are reporting random FPS drops and stuttering while playing the Witcher 3 even on high-end systems. Here are a few things that might help you with the game’s performance.

First of all, check if the Hairworks are on and if they are then I suggest you turn them off. Hairworks used in The Witcher 3 are not optimized and even a GTX 1080 Ti might not be able to run the game at a stable FPS with it turned on.

If you have at least a GTX 10 series GPU then also set the Vertical sync to “Fast”, disable in-game v.sync and the display should be set on fullscreen.

Fast sync kind of simulates freesync or G.sync as it allows the GPU to render as many frames as it possibly can without screen tearing. However, it’ll only display the frames supported by your monitor.

Meaning if you have a 60 Hz monitor, the game will only display 60 FPS even if it’s rendering 80 FPS. While it seems like a waste but, it’s incredibly useful to eliminate stuttering.

If you are still facing performance issues then also see our Optimization Guide for smooth 60 FPS experience.

Players have reported that the game crashes randomly after 5-10 mins of playtime. This could be because of an old GPU or overclocked GPU.

If your GPU is old then you fix this issue by locking the game at 30 FPS. I understand that it might sound ridiculous but for a consistent experience, you’ll have to do it.

If your GPU is overclocked or factory overclocked then revert the GPU back to its default clock speeds and the issue will be resolved.

Black screen if often the issue with PC games. Players are reporting black screen with audio playing in the background while playing The Witcher 3.

To fix this, start the game and when the black screen appears, press “Alt + Enter” and the game will go into windowed mode and will start to display. Go to video settings, set the proper resolution and you’ll be able to play the game in fullscreen.

Players are reporting that when they try to play the game they get an error telling them they are missing MSVCR120.dll, MSVCP120.dll and VCOMP110.dll files.

Install Microsoft Visual C++ Redistributable in the order mentioned above and the issue will be resolved.

Another solution for this error is manually downloading these files and placing them in the game’s folder. But, I don’t recommend it as it can potentially compromise your system.

That is all for our The Witcher 3 fixes for errors like the crash at launch, missing MSVCR120.dll, low FPS and more.