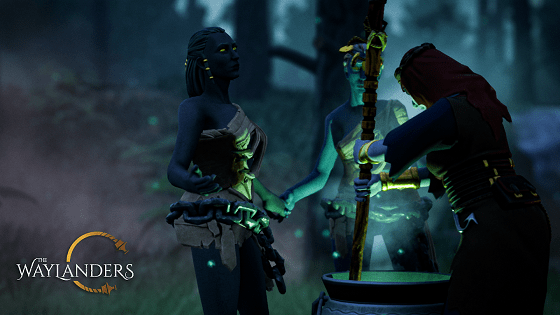 Gato Salvaje Studio has shown the first look at the Medieval Era coming to their time-traveling RPG, The Waylanders, in early 2021. First debuted at Gamescom, The Waylanders team has given fans a taste of locations, equipment, and other changes coming to the world and has revealed a roadmap leading to the launch of the game.

The story in The Waylanders begins in a Celtic Age of myth and magic, which Early Access players are already exploring, and continues in the Medieval period when Christianity has supplanted much of the Celtic culture, and the nearby city of Compostella has become a hub of commerce and religion.You can check out the first look trailer of the game below:

Jumping more than a thousand years into the future brings significant change. Stone construction has overtaken wild forests, tunics and heavy armor have taken the place of robes and wraps, and metal is far more common.

Time has also changed your companions. Reborn mortals must have their past selves awakened and the passage of time has been less than kind to immortal friends. You can check out the official roadmap of the game leading to the launch below:

In addition to this first look at the later half of the game, the team has released an updated roadmap taking The Waylanders from its current state to launch. Gato Salvaje Studio has been releasing frequent updates to the early access version of the game, adding cinematics, missions, bug fixes, and quality-of-life features to the Celtic Era portion of the game.

As shown in this new roadmap, the team will be slowing down on update frequency in favor of larger, more polished, releases.

The Waylanders is currently available on PC in Steam Early Access and the GOG Games In Development program. Let us know what you think about The Waylanders roadmap and whether or not you are interested in checking out the game.