Home News Negan and Maggie From The Walking Dead Shake Things Up In Brawlhalla... 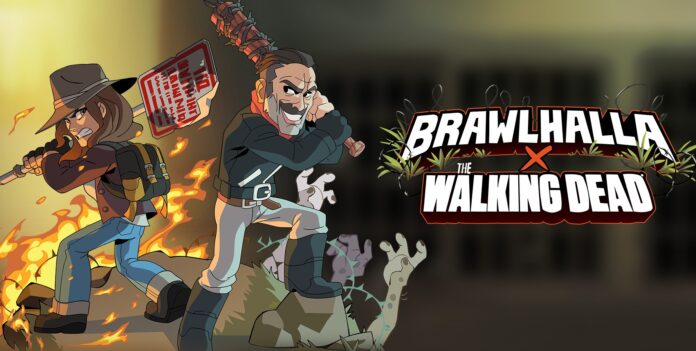 We can’t hold them! Today, Ubisoft, in collaboration with AMC, announced that The Walking Dead will be featured once again in Brawlhalla with Negan and Maggie joining the squad as new Epic Crossovers on September 22.

The latest reunion of fan favorites from The Walking Dead kicks off with an in-game event that features Negan and Maggie joining the previously released Michonne, Rick Grimes, and Daryl Dixon in Brawlhalla. The Walker Attack Game Mode will be featured as the Brawl of the Week, where players must fight off endless waves of walkers for as long as they can.

Developed by Blue Mammoth, Brawlhalla is an epic free-to-play platform fighting game that transports over 70 million players to a fight for glory in the halls of Valhalla. Choosing from more than 50 unique characters, players can jump into single-player and co-op modes, as well as online and local competitions. Brawlhalla also supports cross-platform play between the Xbox One family of devices including the Xbox One X, Xbox Series X|S, Nintendo Switch system, PlayStation 4 and PlayStation 5 system, PC, iOS, and Android devices where players can play custom games and queue together for all online matchmaking.

In its 11th season, AMC’s The Walking Dead remains cable’s #1 drama. Based on the comic book series written by Robert Kirkman and published by Image Comics, The Walking Dead is produced by AMC Studios and executive produced by Scott M. Gimple, Angela Kang, Kirkman, Gale Anne Hurd, Dave Alpert, Greg Nicotero, Joseph Incaprera, and Denise Huth. The epic journey to the series finale continues Sundays 9/8c on AMC, with all episodes available one week early on AMC+, part of a massive 24-episode story arc that will bring the show’s decade-long successful run to conclusion.

Let us know what you think about this crossover event and whether or not you are interested in checking it out later this month.