Home Guides The Surge 2 Crafting and Upgrades Guide – How to Craft Weapons,... 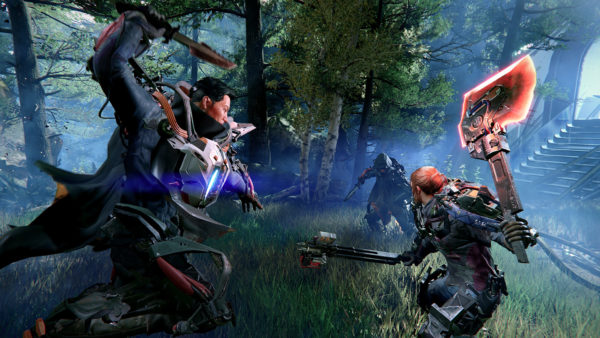 The Surge 2 is the latest from Deck 13 and while the original wasn’t that popular, the sequel seems to be making rounds. Similar to the first game The Surge 2 is highly detailed and comes with in-depth crafting and upgrade mechanics. The Surge 2 lets you craft weapons, items, equipment that you can use to take down the most powerful enemies. Of course, getting the best weapons requires effort and time. In our The Surge 2 crafting guide we will explain exactly how to craft weapons and equipment, and how to upgrade them as well.

When you start the game the main character only has a limited number of resources at his disposal.  However, once you kick things into gear and progress in the game you will be able to get weapons from human enemies and bosses. You can also find weapons and items in certain location on the map.

The Surge 2 Crafting and Upgrades

In the case of weapons, all you need to do is get the blueprint and craft the weapon. The process is pretty simple but in the case of armor, you must craft each individual piece which means the grind will get real.

Weapon crafting is easy and every weapon you craft can be upgraded.  Keep in mind that you can not reset crafted items to obtain resources so whatever changes you make are irreversible.

Once you have found a blueprint, head over to the Med Bay to use the assembly station. Each armor piece is broken down into individual pieces so you must go after each part before you can start crafting.

Keep in mind that later in the game you don’t have to come back to the first location to get the level one component. During gameplay, you can craft the armor at any time using any components of any of the four levels just as long as you gather enough of that component.

In addition to components, you need scrap to craft armor sets at the assembly station. Higher levels of gear require more scrap to craft. The cost of crafting goes up with the level of the item you are trying to craft.

It should also be noted that it is best to craft high-end armor, weapons, and equipment instead of upgrading them later on. The cost of upgrading is much higher.

The other major gameplay mechanic here is The Surge upgrades. As we mentioned above, you can upgrade weapons as well as armor in The Surge 2. Keep in mind that gear can only be upgraded in a single direction that increases the key state and doesn’t mess with other stats. You can upgrade gear by special characteristics.

Upgrading armor and weapons require the same components but in case of weapons you need Tungesten to allow.  You can get this item by cutting off weapon hands of enemies.

The upgrade is tied to the level of component you use to upgrade. If you manage to farm enough high-end components you can boost your armor and weapon much faster. The soft-cap for weapons and armor upgrades in The Surge 2 is level 4 but you can use Nanocores to hit the hard cap.

Both weapons and armor sets can be upgraded with Nanocores that are found across the map at various locations. Meanwhile, access to certain components is restricted by your character level so you must boost your level to get some items.