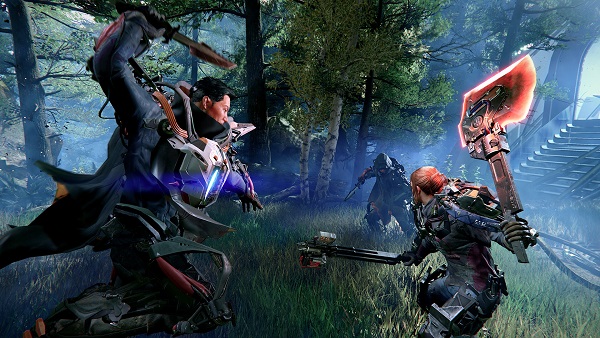 To find the Drone in The Surge 2, you first need to defeat the Warden Garcia. Your Combat Drone in the game helps you during the battle by providing additional firepower and boosts. The Surge 2 Combat Drone Guide details everything you need to know about Drone Modules and their effects.

As mentioned earlier, you acquire the Combat Drone after defeating the Warden Garcia boss in the game. However, utilizing the Combat Drone in The Surge 2 requires you to have Omni-cells, an item that you can buy from different merchants in the game and loot off enemy corpses.

The following is a complete list of Combat Drone Modules that you can use in the game:

R-1 ‘Diode’ Laspistol
Omni-Cells: 1
The drone fires a beam of energy that deals 40 damage to targets.

W-102 Banner
Omni-Cells: 0
You can create a banner at your locations for other players to find for an hour. You and everyone who finds your banner receive a small gift of Tech Scraps.

W-101 Spray Can
Omni-Cells: 0
You can leave messages for other players to find out. They can be hints or simply troll messages.

Klokonov R-47 Autorifle
Omni-Cells: 3
The drone fires a 3-round burst that deals 30 damage to targets.

Grenade Drone
Omni-Cells: 1 Grenade
Your drone hurls a grenade that explodes on impact and deals 100 damage to targets.

EMP-44 ‘Starfish’
Omni-Cells: 0
Your drone attaches an EMP device to enemies that deals 150 Electricity Damage and can be detonated manually.

CREO Industrial Magnet
Omni-Cells: 3
Allows you to pull the targeted enemies toward your drone.

This marks the end of our The Surge 2 Combat Drone Guide. If you’re interested in learning more about the game, then check out our Bosses Guide, Character Builds Guide, and Implants Guide.