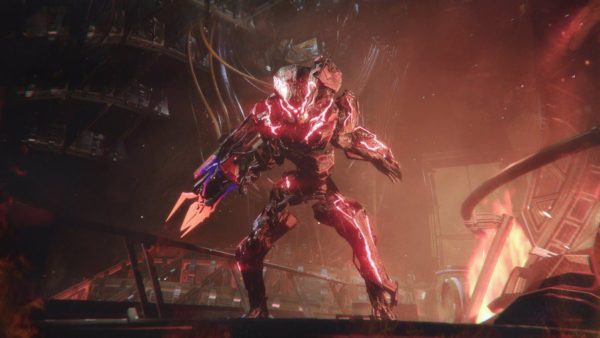 The Surge 2 Bosses Guide will help you with defeating all of the bosses so that you can progress through the game and earn high-end schematics and weapons from them.

The real challenge in the Surge 2 comes from the bosses, as it is with any souls-like game. Bosses can be really tough to defeat and our The Surge 2 Bosses Guide will help you with all of the tips and tricks required to beat these bosses.

Also, having the right build is important in defeating a boss so check out our The Surge 2 Builds guide.

How To Beat Little Johnny

Little Johnny is the second boss you face in the game and this boss fight isn’t a complicated one. The main objective is to destroy five cooling tanks. 2 of them are underneath the cockpit while the 3 are located on each of the legs.

Destroying the cooling tanks on the legs is difficult as Little Johnny is using to then not only to move nut also to attack. You just need to dodge its attack and destroy the armor on each of the legs.

Once the armors on all three legs are gone, things become a bit difficult as you need to destroy the cooling tanks under the cockpit. For that, you need to get close to Little Johnny which is a risk that you have to take.

Little Johnny can smash the cockpit on the ground while you are trying to attack the cooling tanks which can take your entire health in one hit. Just avoid its attacks and when it finishes a set of moves, go in to deal damage and then fall back. Once the last 2 cooling tanks are gone, you will have defeated Little Johnny.

How To Defeat Delver Boss

Delver has three phases. In the first phase, the boss only takes close range swings. Just dodge these attacks and deal damage when the opportunity presents. Once the green health bar is depleted, the Delver enters its second phase.

The boss transforms into a four-legged beast, changes its attacks, and become more aggressive. To deal damage in this phase, wait for its animation where it’s darting between walls and throws nanites at you.

Make sure to attack the nanites that land on the ground as they’ll heal the Delver once it finishes its animation. As the Delver lands back on the ground, pounce on it and deal some damage. Once the blue health bar is gone, phase 3 of this boss fight starts.

The 3rd phase is quite similar to the 1st phase of the boss battle. However, it has one new addition. Delver can slowly launch itself at you and in doing so can kill you in just one hit. Since the attack is slow, just dodge it and deal damage. Eventually, the Delver will be defeated.

How To Beat Captain Cervantes

Captain Cervantes uses a number of deadly attacks and has the ability to turn invisible. Timing is of the utmost importance in this boss fight as the initial aftermath and the wind-up time of each of his attack gives you an opportunity to deal him some damage.

Also, you can land a few hits by dashing in when Captain Cervantes is turning invisible. If he turns invisible, then keep moving and dodging as he can kill you in a single hit. Dash out until he reveals himself. This boss fight is all dodging and attacking at the right time. Eventually, Captain Cervantes will go down.

Brother Eli might be a simple boss but his attacks deal devastating damage. However, his attacks have a charge up animation which will tell when he is going to attack. However, you are fighting him in a small area which can make it difficult to dodge.

Just keep your distance and then he finishes a move, land a few hits on him. Do this and his health bar will deplete and eventually, he’ll call reinforcements. The reinforcements are two goons of his, take them out as quickly as possible. Just dodge and attack and he’ll go down in no time.

This Surge 2 boss uses nanites and has an unpredictable attack pattern which makes it difficult to predict its attacks. H.A.R.O.L.D has the ability to multiple holographic replicants that jump on you and electrocute you. These can be dodged easily.

As or the H.A.R.O.L.D himself, the best time to attack is right after his ground pound. halfway through the boss battle, H.A.R.O.L.D will switch up its attack but only marginally. Just dodge and attack when the opportunity presents and he’ll be defeated.

In the first phase of the boss fight, you’ll be fighting Ezra Shields sitting in a giant mech. Focus on the legs and dodge its attacks. Eventually, the armor will be depleted and after that focus your attacks on that particular limb. Keep repeating this tactic and it’ll take a while before the mech goes down.

Once the mech is down, Ezra Shields will come out and face you. This is a standard boss fight with you dodging the attacks and attacking the boss as it recovers. However, the mech can still fire at you.

Just be aware of your surrounding and deal damage to Ezra Shields and the boss fight will be over before you know it.

How To Defeat Delver Echo Alpha

This boss is similar to Delver boss phase 2. This boss will try to stomp you while moving around in the arena and can initiate a combo from both sides. Like Delver, Delver Echo Alpha will lunge at you and will also jump on the roof and throw nanites at you.

How To Beat Brother Eli Revived

This boss fight is similar to the previous encounter with Brother Eli. This time you’ll be facing him in CREO Institute of Technology. he can also summon Twin Rigged Spark Aspirant that you have to deal with while fighting the boss.

Dodge his attacks or parry them and land a few hits to deal damage. Repeat this until the boss is defeated.

How To Defeat Delver Echo Gamma

Just Dodge its attacks and make sure to destroy nanites. Eventually, Delver Echo Gamma will be defeated.

How To Beat Matriarch Celeste

Make sure you are leveled up enough to face this boss as it’s one of the most difficult ones. Matriarch Celeste used a staff and moves around the arena while lunging at you that deals massive damage.

This is when she leaves herself open to attack. Just dodge the lunge attack and land a few hits. But be careful of the area of effect attack right after she lunges.

The second phase is where the real challenge begins. She sprouts mechanical arms from her spine and her attacks become unpredictable and more deadly. You also need to avoid electrified pathways.

Use your drone to shoot her in the head and stagger her. Quickly dash in to land a few hits and back off. Repeat this tactic and Matriarch Celeste will go down.

How To Beat PROTEUS Ambush

This one is also located at CREO Institute of Technology. As you enter the arena, you’ll be attacked by four PROTEUS. It’s a rather easy boss fight, just focus on one PROTEUS at a time by dodging or parrying its attacks.

How To Defeat Goddess Helena

This particular The Surge 2 boss has two phases and is located at AID Command. Like the Shielded Gaia, this boss is well shielded but its attacks are sloppy. The shield can be broken by using a vertical charged attack. Also, it’ll be open to attacks when it uses its Head Beam.

In the second phase, Goddess Helena unleashes a variety of attacks now that the shield is gone. When she uses the beam to attack you, this is when she is slow and is an opportunity to deal damage. You just need to stay close, didge her attacks and land a few hits. Repeat this process and she will be defeated.

How To Defeat Archangel Eli Boss

Archangel Eli is the game’s final boss. This boss has attacks that can hit you at any range and you have to dodge them at any cost. Focus on his arms and they are providing Archangel Eli with his various buffs. For the rest, just dodge, attack, and block and eventually, Archangel Eli boss will be defeated.

That is all for our The Surge 2 Bosses Guide with tips and tricks on how to defeat each of the bosses you face in the game.