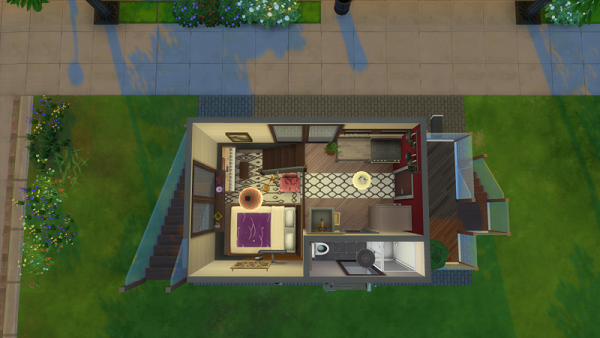 For the uninitiated, Murphy Beds in The Sims can be placed in a wall to work as a sofa during the day and turned into a sleeping bed at night. Also, Murphy Beds are responsible for killing hundreds if not thousands of sims.

Unlike the game’s previous iterations, Murphy Beds in Tiny Living Stuff are electric and can break just like other electronic equipment in the game. It’s paramount that you repair them ASAP to reduce the chances of dying from them.

Another way your sims can die from a Murphy Bed is by trying to manually bring it out if the electronic mechanisms end up failing somehow. There’s a way to avoid all this, however. You can upgrade your Murphy Beds to never break and never causing any accidental deaths.

Sims who die by a Murphy Bed turn into a ghost able to posses other sims draining them of their life force to fill its own.

Lastly, Murphy Beds in the Sims 4 come in two variants. The first one comes to a couch attached and the other one comes without it. There are some that also come with a couple of bookshelves attached to them.

This is all we’ve got in our the Sims 4 Tiny Living Stuff Murphy Beds Guide. For more on the game, check out our Lot Perks Guide.