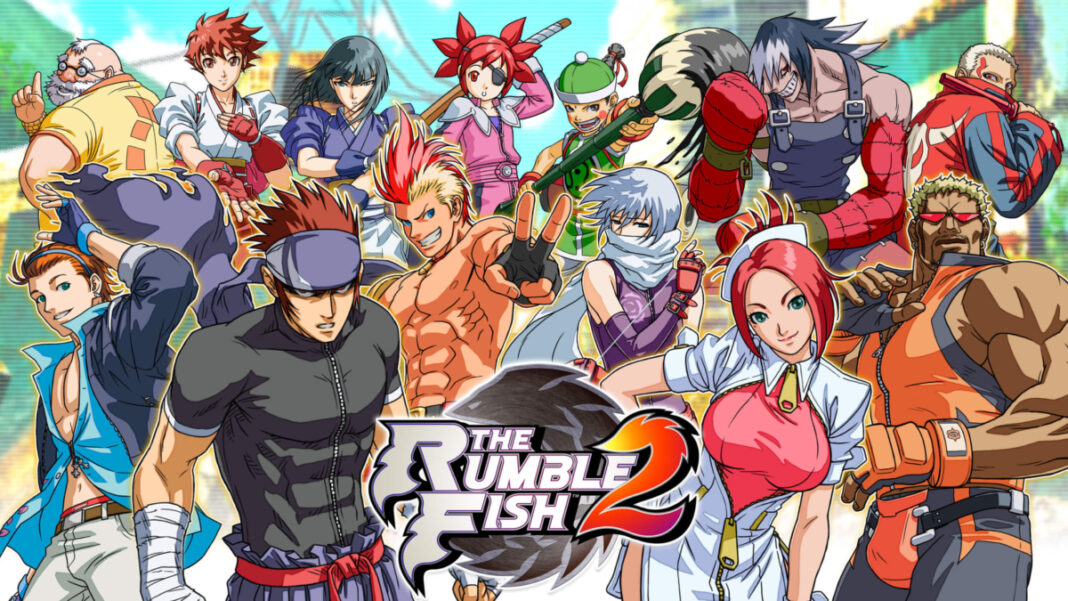 Japanese video game publisher 3goo is thrilled to reveal that Dimps Corporation’s beloved cult-classic fighting game sequel THE RUMBLE FISH 2 is bringing with it a range of enhancements geared toward hardcore fighting game fans and online players when it launches digitally this winter on all major platforms, including PlayStation 5, PlayStation 4, Nintendo Switch, Xbox Series X / S, Xbox One, and PC via Steam.

As a faithful port of the original game developed for the Atomiswave arcade platform in 2005, THE RUMBLE FISH 2 features all of the hard-hitting 2D fighting game action that endeared so many players to the game in arcades over 15 years ago. This includes an eclectic cast of characters armed with wild, flashy techniques whose visuals are powered by the game’s unique “Smooth Model Animation” system, allowing for exceptionally gorgeous 2D sprite animation on a per-limb basis.

THE RUMBLE FISH 2 will also bring a host of new enhancements and features aimed at hardcore fighting game fans. In addition to a widescreen, 16:9 presentation modernizing the game’s gorgeous graphics and animation, players can hone their skills in the all-new Practice Mode before testing their mettle against rivals all around the world in online PvP battles powered by rollback netcode – a feature considered absolutely essential by top fighting game players.

The Practice Mode will allow customization of AI and gauges for a better learning experience. Hardcore fans can also look forward to reveling in a smattering of character art, music, behind-the-scenes production materials, and more in the all-new Gallery mode.

The following is what Nicolas Di Costanzo, President at 3goo had to say regarding the game:

The Rumble Fish 2 has been a popular game in Japanese arcades for many years, and tournaments are still occasionally organized by the community. Its longevity speaks to the great work that the developer Dimps’ has done with the game, thanks to their two decades of experience in fighting game design. The Dimps team created extended battle systems and offered players an infinite number of strategies, which is something the community absolutely loves. Here at 3goo, our mission was to expand on this popular title by bringing it to console platforms and introduce great features the game has to offer to console players, such as online PvP mode and a place to properly learn combos and greatly look forward to its release. We also hope that fans of the franchise will be excited about a few more surprise announcements we will have before the release, so stay tuned!

Let us know what you think about RUMBLE FISH 2 coming to consoles and PC with enhancements and whether or not you are interested in checking it out.