Home News The Outer Worlds Setting Is Not Post-Apocalyptic, “But It’s About to Be” 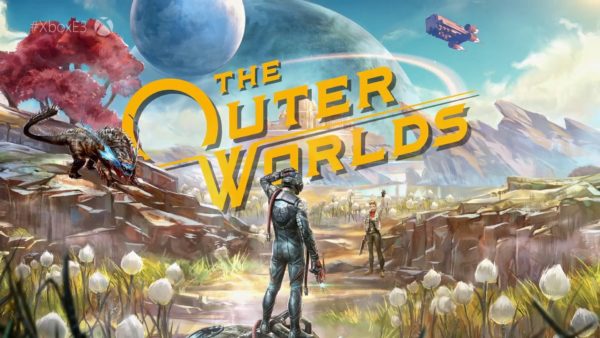 The Outer Worlds setting might seem like Fallout inspired at first glance and that is not a surprise considering some of the talents at Obsidian did indeed work on multiple Fallout games. The setting has a very “post-apocalyptic vibe mixed with corporate branding. It is indeed an interesting world but if you are under the impression it is post-apocalyptic, it’s not. The developers talked about the world and mentioned that The Outer Worlds setting is not post-apocalyptic but “it is about to be.”

Narrative designer Dan McPhee shared the different elements of The Outer Worlds and how the setting was finalized. He mentioned that the team wanted to explore the gilded age architecture and that is what they did.

Leonard and our director, Daniel Albert, what they wanted to explore was turn of the century Gildedage architecture and design. They started with that and then also brought in corporate branding because we have so many corporations and you need to be able to distinguish between them… that helped them introduce a whole bunch of different fun color palettes, which added a lot of vibrancy to the world.

McPhee mentioned that the team wanted to explore an alternate history. The difference between Fallout and The Outer Worlds setting is that Fallout is set in a post-apocalyptic whereas the same is not true for The Outer Worlds. McPhee went on to mention the following in this regard:

Tim and Leonard really wanted to explore an alternate history setting and they were talking about some ideas for that. And one thing that jumped out to them was a very corporate dystopia. They wanted to try and find a setting that was not post-apocalyptic but about to be, like things are about to crash down.

Maybe by the end of the game we will see a complete crash down? Would be a nice way to set up the sequel. The Outer Worlds is shaping up to be an enticing product for PlayStation 4, Xbox One, Nintendo Switch, and PC players.

For more on The Outer Worlds, stay tuned to RespawnFirst.