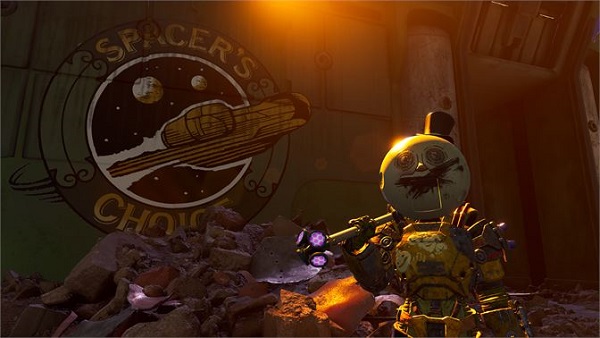 Before we begin, please do note that the guide is missing 2-3 weapons. We’re still in the process of adding them so be sure to check back at a later date.

Aerial Assault
This can be bought from “Probably Carl’s Legitimate Storefront”. The store is located in the Gorgon Canyon with the closest fast travel point being SMC Lower Exterior.

Once acquired, attacking with the weapon while jumping can inflict knockback.

Burnout
Wilhelmina Ambrose in the DLC is equipped with Burnout. Therefore, in order to get the weapon for yourself, you’ll need to kill her. We don’t recommend killing her as soon as you meet her. Try to wait till the DLC’s final mission before killing her so that you don’t miss out on any dialogues or story bits.

Coolant Distributor
There should be a Mining Accident POI in the top-right corner of the Gorgon Canyon world map. You need to head there and find the weapon lying next to a corpse.

Contraband
You need to head over to a Gorgon Security Checkpoint and interact with a terminal there in order to print a new keycard. Once done, you should be able to find Contraband sitting on a table inside a small room. The image attached below should show you exactly where to find the said terminal: 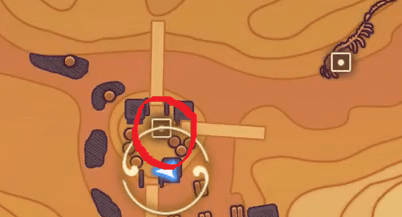 Doctor’s Orders
It’s located inside Olivia’s bedroom in the Ambrose Mansion. Reaching the bedroom, however, is a multi-step process.

The first thing is to acquire the kitchen keycard a small building on the right side of the mansion. Now head toward the kitchen and follow along the tunnels to reach Olivia’s office where you’ll find her bedroom’s keycard. With this keycard in hand, head inside Olivia’s bedroom and search the drawer to find Doctor’s Orders inside.

Equilibrium
Equilibrium requires you to kill Olivia. Similar to Burnout, I recommend making peace with both Olivia as well as Minnie and kill them after the final mission so that you don’t have any kind of story repercussions.

Flurry
In order to find Flurry, you need to head over to the Office of Creative Incubation. It should be in front of a board that says ‘CLOT-FORM Serum’.

Grinder
To find Grinder, you need to head inside Ambrose Manor and make way to Olivia’s Personal Lab and find it inside a safe alongside some other goodies.

Hall of Famer Tossball Stick
You should find it displayed onto a wall in the Invading Ship. You’ll board the ship during the Starship Hunters main questline.

Medal of Honor
After completing ‘Love is the Plan the Plan is Death’ task which requires you to find Jerome’s flask in the ruins and then return it to Leonora Diallo to acquire the Medal of Honor as a reward.

Perfect Game
It’s locked behind a showcase inside the Office of Creative Incubation. You’ll need to unlock the showcase using a nearby terminal. In order to enter the showcase, use the door to its left and then crawl through a small opening behind the weapon.

Prototype Light Pistol
During the main quest ‘The Red Tape of Command’, you’ll need to head inside Synthesis & Manufactory Center and go to Synthesizer Level. Once there, you’ll find it lying on a table, right next to a terminal.

Shock and Awe
During the main quest named “We, in Spacer’s Choice’s Employ…”, head over to Human Inquiry & Auditing and head inside the room that says “Supervisor” outside it. Once inside, open up the safe to find Shock and Awe inside.

Wall of Swords
During the Electric Fling side quest, you need to return all the Phonograph Recordings to Roscoe Clanton to find it as a reward.

Now let’s talk about all 3 Science Weapons added to Peril on Gorgon and their locations:

Special Delivery
You need to travel to Marauder Stronghold in the Gorgon Canyon and find an enemy named Charles from Accounting. You can either kill or loot him to acquire the Special Delivery. It’s a Rocket Launcher that fires homing rockets that can reach far-off targets if your Science skill is high.

Employee Benefits
You should be able to obtain Employee Benefits during the main quest called ‘The Man in High Orbit’. Once you’re inside the Olympus Orbital Pharmaceutical Station, simply loot Dr. Jasper Low to acquire the weapon. You can also kill the NPC but I don’t recommend doing that. It’s a decent gun for healer builds if that’s your thing in TOW.

The P.E.T.
It can be obtained during “A Dialogue between Dead Men” side quest. You need to head over to Gorgon Canion and answer a total of 4 questions to open the Secret Society Hideout. The answers are:

Once inside, you’ll find it sitting on a table. When attacking with this weapon, you’ll pull enemies toward you. Depending on how high your Science skill is, you’ll increase the distance through which you’ll be able to pull enemies.

We’re still in the process of updating the guide with more weapons. Please check back in a few days for more info. on missing weapons which are: