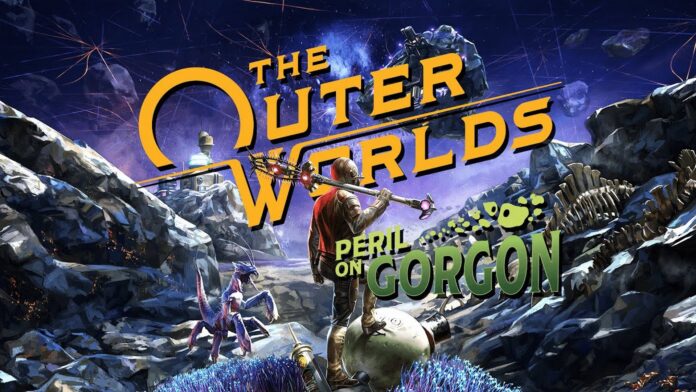 The Outer Worlds Peril of Gorgon Side Quests and Tasks

The main objective for the Electric Fling is to get a bunch of photographs. You get this side quest from Roscoe Clanton who is on the 2nd floor of the Sprat Shack. The tough part isn’t getting the photographs, it is gaining access to the facilities that have them. To access all the facilities that have you need to complete the following main mission in The Outer Worlds Peril in Gorgon.

A Dialog Between Dead Men

The primary objective in A Dialog Between Dead Men. Go to the locations mentioned above to get your hands on all clues aka The Exhilarating Adventures of Archibald Excelsior. Once you have them all go to the Secret Society Hideout but you need the following answers to unlock the door.

You can then enter the hideout and get The P.E.T. Science Weapon.

Rendezvous at Llama is one of the tasks in The Outer Worlds Peril on Gorgon DLC. You need to find and deliver a package. You can find the package as go to the west part of the map, just above the Marauder Campment. Now head back to Captain Bowen and deliver the package to complete this task. As your reward, you get 18,000 XP, 750 Bit Cartridge, Chrono-Adaptive Outfit.

Love Is The Plan the Plan is Death

Love Is The Plan the Plan is Death is one of the two tasks available in The Outer Worlds Peril on Gorgon. Go south and locate the Engraved Flask on a bed as you enter as an apartment. Take the flask back to Leonora Diallo who can be found on the 2nd floor of Sprat Shack. Once you deliver the flask you’ll get Medal of Honor, 750 Bit Cartridge, and 7500XP.