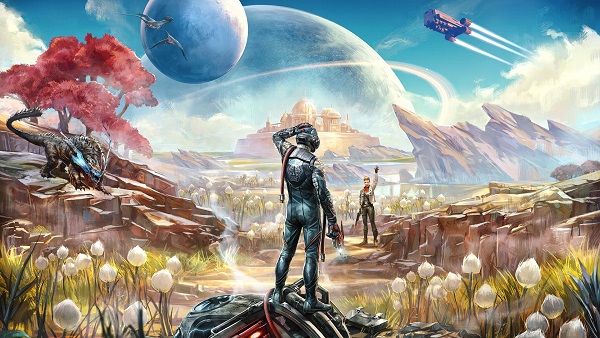 Story
As the title suggests, this difficulty setting is meant for players who are completely new to the game and don’t want anything to do with the game being challenging. If you’re just interested in the story and some basic gameplay mechanics, this is the one for you.

Normal
A balance between Story and Hard difficulty settings. As opposed to Story difficulty level, enemies will hit a little harder and will have slightly more HP – that’s pretty much all!

Hard
If you think that the Normal difficulty setting is too easy for your taste, try giving the Hard difficulty option a shot. There aren’t many differences between Normal and Hard aside from enemies having even more HP and hitting harder than they’d in Normal.

Supernova
Supernova in The Outer Worlds is where the game comes to life. We’d suggest giving it a go after completing the game on the Hard difficulty setting at least once.

We should also mention it here that you can only select Supernova difficulty setting in The Outer Worlds at the very start of a new game. There isn’t any way to increase the difficulty level to Supernova mid-game. Once you’ve made up your mind on playing The Outer Worlds on Supernova, expect the following things in the game:

This is all we’ve got in our The Outer Worlds Difficulty Settings Guide. For more on TOW, be sure to check out our Perks Guide.