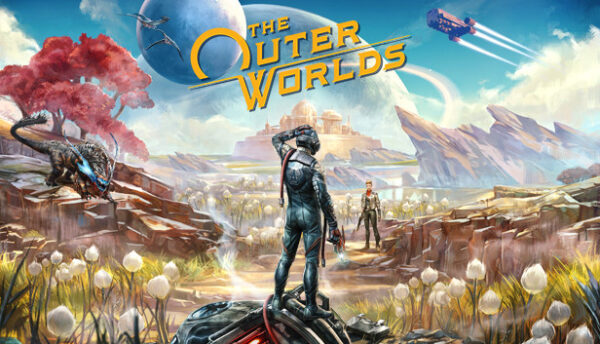 The Outer Worlds PC is facing errors and issues like the in-game crash, stuttering, game not launching, Visual C++ 2017 x86 Minimum Runtime-14.10.25008, and more. Here I have compiled a list of errors and issues that PC players are experiencing along with their fixes and workarounds.

The Outer Worlds is the latest game from Obsidian Entertainment and is one of the best RPGs of this generation. While the game is well-optimized but PC players are reporting errors and issues with The Outer Worlds like the game crashing at launch, missing files, disabled command console, and more.

One reason for the game to crash could the use of third-party tools and software like MSI Afterburner. disable any third-party software you have installed along with Steam overlay and GeForce Experience overlay. This will stop the game from crashing randomly.

If the use of third-party software is not the issue, then you might be running The Outer Worlds with an unlocked FPS. Enable v.sync to lock the game at your display refresh rate or lock the game at 60 FPS. This will stop the game from crashing.

In case the GPU is not overclocked then try reducing the GPU clock by 100 MHz using MSI Afterburner. If you don’t want to mess with the GPU clocks then you can try implementing the Max FPS limit.

Open Nvidia Control Panel > Manage 3D Settings > Program Settings > select The Outer Worlds. Turn on “Max FPS Limit” and set the value to 30. This will cap the GPU to only render 30 FPS for the game. Doing this will reduce overall CPU and GPU usage, which will stabilize the game and The Outer Worlds won’t crash anymore.

Some The Outer Worlds PC players are reporting that when they launch the game, they get an error telling them they are missing the Microsoft Visual C++ 2017 x86 Minimum Runtime-14.10.25008 file. Here is how to fix this error.

To fix the Visual C++ Minimum Runtime-14.10.25008 error, install the latest Microsoft Visual C++ Redistributables both x64 and x86 versions and then restart your PC.

A lot of players are reporting that The Outer Worlds is crashing at startup or not launching at all. There are a number of reasons behind The Outer Worlds crash at launch or not staring and here are the fixes.

The first fix players need to try is to delete a couple of files that will fix the game’s crash at launch issue. Go to the Steam folder and navigate to Steam/steamapps/common/TheOuterWorlds/Indiana/Content/Movies. Delete “Startup_Splash_1” and “Startup_Splash_2”. Launch The Outer Worlds and it won’t crash at startup. Another fix for the game not launching is to verify game files.

Lack of admin rights could also be the reason why the game is crashing at launch. Right-click the game’s exe > properties > Compatibility tab > check “Run this program as administrator”. Apply the change and the game shouldn’t crash at launch anymore.

If the issue persists, go to the game’s install folder and launch The Outer Words directly from its exe file. Chances are, you’ll get an error similar to “vcruntime140_1.dll or MSVCP140.dll Was Not Found”. In that case, install the latest Microsoft Visual C++ Redistributables both x64 and x86 versions. This will stop the game from crashing at launch.

If you haven’t updated your operating system then that might be the reason what The Outer Worlds is not launching. Update your OS to the latest build/version and the issue will be fixed.

How To Enable Command Console

Download SunBeam’s injector and extract the zip file and players will get the IGCSInjector.exe. Then go to the Steam folder and navigate to Steam\steamapps\common\TheOuterWorlds\Indiana\Binaries\Win64. Alternatively, players can go to the Steam library > right-click the game > properties > Local Files tab > Browse Local Files. Rename the game exe to “IndianaEpicGameStore-Win64-Shipping.exe”.

Run the game through the exe files that you just renamed and once you are at the main menu of the game, press “Alt + Tab” to get to the desktop and run the IGCSInjector.exe. give it some time and after that, players will be able to use the Command Console in The Outer Worlds by pressing the Tilde key.

Black Screen at launch is another issue that The Outer Worlds PC players are experiencing. This can be easily fixed, launch the game and when the black screen appears, press “Alt + Enter”. The game will go into windowed mode and will start to display.

Performance is often an issue with PC video games and The Outer Worlds is no exception as PC players are reporting performance issues like low FPS and stuttering. Here is how to fix stuttering and Low FPS issues with the game.

First, make sure you have installed the latest GPU driver. Open Task Manager to check if there is any process that using too much CPU, GPU, or HDD. Wait for the process to complete and if it takes too long then terminate it.

Apply these changes and not only stuttering will be fixes but players will also see a boost in performance.

That is all for our The Outer Worlds fixes for errors and issues like the crash at launch, Visual C++ Minimum Runtime-14.10.25008, in-game crash, how to enable command console, and more. If you are facing errors and issues with other PC games or your PC then also see our hub for commonly occurring PC errors and their fixes.