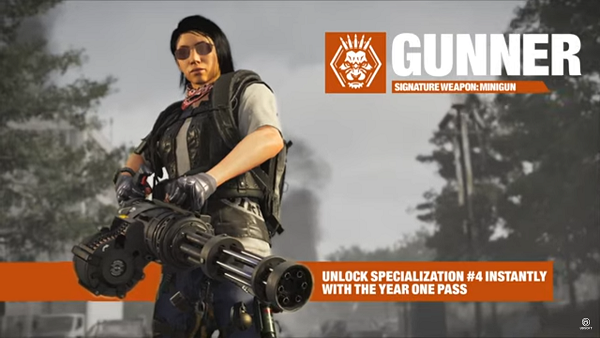 In order to complete the said Field Research, the first thing that you need to do is to start the Bank Headquarters mission on any difficulty setting. Do note that the mission needs to be ‘Normal’ and not ‘Invaded’.

Once done, progress through the mission as normal until you get to Roach. However, after you get there, you’ll realize that there’s no Shock Ammo nearby. In order to find a Shock Ammo Box, reach the point where you come across an open area and look for a tall billboard advertising something related to medicine.

You should be able to locate the Ammo Box right next to it. Now, the important thing here is to swap to your sidearm (Pistol or Sawed-Off Shotgun) before restocking on the Shock Ammo. Don’t restock Shock Ammo on your Primary Weapon, otherwise, you’ll most probably fail the Field Research.

Once you’ve done so, swap to your sidearm and shoot Roach once in order to shock him. After that, use your Primary Weapon to clear the area of enemies and shoot Roach once more. While there’s no confirmation as to how long you should take between shooting Roach but to be on the safe side, try to wait somewhere between 5-10 seconds before shooting him again.

After you’re done, simply complete the mission and you’re done. However, one important thing to note that some players have reported a bug that doesn’t register two shocks, forcing you to start over. If that’s the case, you’re out of luck, sadly!

This is all we’ve in our The Division 2 Shock Roach Field Research Guide. If there’s anything else that you’d like to add, be sure to let us know in the comments section below!