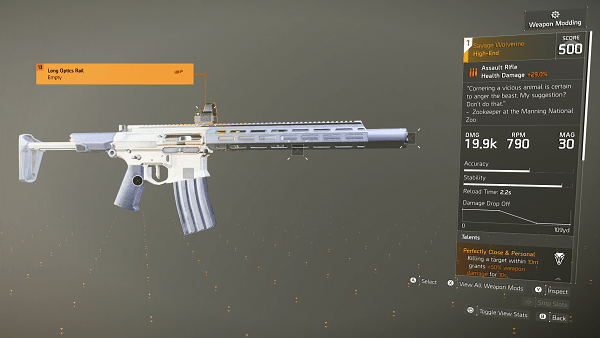 Savage Wolverine in the Division 2 rolls with a unique Talent called Perfectly Close & Personal, which lets the players deal +50% damage for 10 seconds after killing a target within 10 meters. The buff refreshes after each kill, making it one of the best ARs alongside Eagle Bearer and Chameleon.

As for unlocking the gun, it can’t drop anywhere in the world. The only way of unlocking Savage Wolverine is by completing the 4th stage of Firewall Field Research. The following are all the objectives that the players need to complete to get through all stages of the Field Research:

Once the players are done with these objectives, they’ll receive the Savage Wolverine blueprint. They’ll then need to head over to the Base of Operations and craft the weapon on the Crafting Bench near the Shooting Range. This is all we’ve got in our Division 2 Savage Wolverine Assault Rifle guide. For more help on the game, check out our The Division 2 Wiki guides.