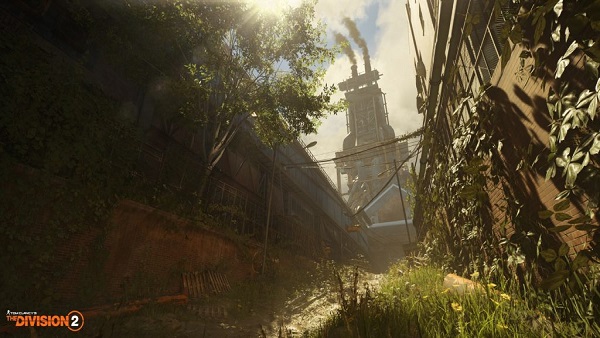 Your team composition obviously matters a lot during the boss encounter. We’d recommend 2 healers but a single one should work as well. A couple of tanks also work incredibly well. Other than that, it’s all about damage.

To start the encounter, you need to proceed to the top-middle of the area and hit 2 switches at the same time. This will cause Lieutenant Gray to arrive in the area. After the boss arrives in the railyard, you’ll notice a blue armor bar and his yellow HP bar.

As soon as the boss arrives in the arena, use your buffs/debuffs are necessary and start wailing at the boss. A little later, you’ll notice a few enemies emerge from the doors holding large blue shields. These enemies will protect the boss and allow him to heal. Therefore, it’s paramount that eliminate them as soon as possible and focus your firepower on Gray again.

If you see Gray trying to heal, you need to destroy his weakpoint and continue to DPS. Keep on repeating it until you successfully defeat the boss. As mentioned earlier, Lieutenant Gray in The Division 2 is more of a DPS check than anything else. The only possibility I see where we see you struggling on the boss is only if you lack DPS or your healers aren’t doing their job effectively. If you need recommendations on some of the best raid builds, you can check out our detailed guide.

We hope you learned something about defeating Lieutenant Gray in Operation Iron Horse in The Division 2. To learn more about the game, you can check out our detailed The Division 2 wiki guides.