How to Defeat Jupiter Prime Target in The Division 2

In this guide, we will walk you through everything you need to know about defeating Jupiter in The Division 2 and receive the EMP Sticky Bomb as a reward for defeating her.

Before you get to Jupiter, you will need to defeat four of her lieutenants which are: Neptune, Saturn, Venus, and Mercury. Once you have successfully completed all the aforementioned Bounty Hunts, you will be ready to take on Jupiter.

To do so, you will need to head over to Roosevelt Island stronghold and confront Jupiter. During the course of the mission, continue to complete objectives and proceed as you would normally.

At the very end of the mission, you will find yourself in the docks area. Once you are there, you need to get to the boat and destroy the EMP device on the boat. Successfully destroying the device will cause Jupiter to appear.

Jupiter in The Division 2 is a Level 40 boss who is not too hard to defeat, especially if you are playing on “Normal” difficulty which I would suggest when trying to defeat her for the first time. After defeating her, you will receive the new EMP Sticky Bomb skill. According to in-game description:

The Sticky Bomb Launcher EMP variant shoots an adhesive payload that disrupts the target continuously. It can be remotely detonated to create a large EMP blast.

This is all we have got in how to defeat Jupiter in The Division 2. For more help on the game, you can check out our The Division 2 wiki guides. 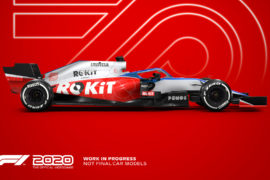 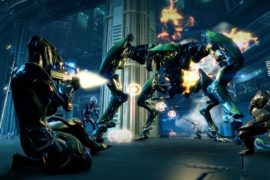 Warframe Air Support Charges Guide: What To Do, How To Use 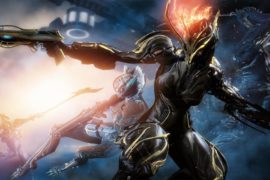 Warframe Landing Craft Foundry Segment Guide: How To Get Upgrade