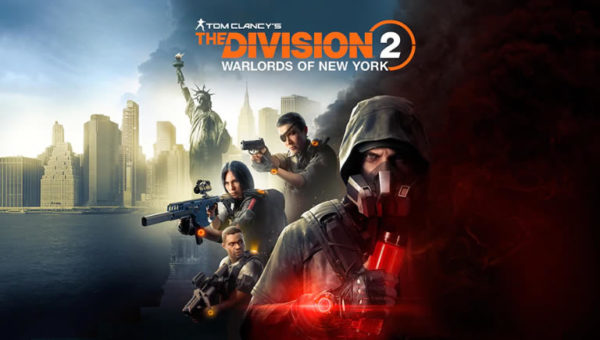 The Division 2 Crash, No Audio, And Fixes

Division 2 is the follow up to the highly successful The Division. The sequel is a huge improvement over its predecessor. However, with the launch of Warlords of new York expansion, Ubisoft has further added content to the game.

But, the launch of the expansion has caused a lot of Division 2 errors and issues like easy-anti-cheat error, Untrusted System File, the game not downloading and more. The following are the errors and issues that players are experiencing along with their fixes and workarounds.

According to players, with the launch of Warlords of New York DLC, Division 2 just crashes randomly with error “display driver nvlddmkm stopped responding and has successfully recovered”.

This error is related to the GPU driver. This can be fixed by uninstalling the current driver and install a different driver version and make sure to do a clean installation.

If the issue persists then you might have enabled DirectX 12. Disable it and the error will be fixed. If not then, try limiting the game’s FPS to 30 as it will reduce GPU load and the GPU will have a better time rendering The Division 2.

Players are reporting that Division 2 is crashing constantly. Make sure that DirectX 12 is disabled as it is quite unstable and causes the game to crash.

Another reason behind The Division 2 crashing is that you are probably running the game on an outdated version of Windows 10. Update your OS and the crash issue will be fixed.

According to some The Division 2 players, they are getting an error related to Easy anti-cheat. Players are getting the “Easy anti-cheat is blocking C:\Windows\system32\comdlg32.dll” error and “insufficient Privileges” while trying to play Warlords of New York.

To fix the former easy anti-cheat error, to the game’s install folder, then open the EasyAntiCheat folder and delete the “certificates” folder. Now start Division 2 and the error is fixed.

If the issue persists then the issue It might be your anti-virus software or Windows Defender. Just temporarily disable it and the error won’t bother you again.

Due to high CPU usage of The Division 2, the mouse stutters which is causing problems for the players. This can be fixed with just one command. Open a text editor or Notepad and type in the following command.

After that, save the file as .reg file. After saving it, execute the file and it’ll drop the priority for The Division 2 to below normal and the CPU usage will reduce and with that, mouse stutter will no longer be a problem.

Players are experiencing audio issues like no sound or missing SFX and here are the fixes.

The fix for the no audio issues or missing SFX with The Division 2, like music and gunfire, is simple. Right-click the sound icon and hover the cursor over “Spatial Sound” and select off. If the option isn’t available here then open Settings > System > Sound. Click on “Sound Control Panel” which is located to the right. Select your audio device and hit properties. Under the Spacial Sound tab run off the Dolby Atmos or any selected option. Start the game and the audio will be working fine.

Also, Disabling in-game VOIP can potentially resolve the no sound issue with the game.

If you are using a Logitech headset or speaker disable Logitech Surround sound service. If you are still not getting any audio then follow the steps below.

Players have reported that after purchasing The Divison 2 from Epic Store they are unable to connect it with their Uplay account which is required to play the game. Most probably you are experiencing the error while performing the action on a web browser. Just make Microsft Edge your default browser and the issue will be fixed.

This The Division 2 error is stopping players from downloading the game at all. Exit Uplay > right-click on Uplay exe and select “Run this program as an administrator”. Now try installing the game and it’ll start downloading.

If The Division 2 Error Code 17014 is still bothering you then exit Uplay then open Task Manager. End all of the processes related to Uplay. Again start Uplay with administrative rights and the game will start downloading.

Players are reporting the “Untrusted system file (C:\Windows\System32\comdlg32.dll)” error while launching The Division 2. The first fix is simple, open CMD and run it as administrator. Run “sfc /scannow” command and it’ll fix any system-level corruption.

If the error is still popping up for you then you need to restore your Windows OS to a previous version using Windows System Recover. But, it’ll only work if you have saved a recovery image.

If not then you need to reset your Windows OS as it’ll reset the OS like a fresh install. Don’t worry, the only files affected by this are the ones located in C drive. After resetting the OS, start the game and the error will be fixed.

Performance is a common issue with PC games and Division 2 is no exception. Players are experiencing low FPS and stuttering while playing the game and here are a few fixes that’ll help you.

First, make sure you have installed the latest GPU drivers and there is no background process using too much of your HDD, CPU, or GPU. If you are no getting FPS above 30 then check the graphics settings the game might be locked at 30 FPS from the menu.

This should fix the stuttering. If the issue persists then follow the steps mentioned above and set Vertical Sync to “Fast”. Start the game, disable in-game V.sync and the display should be set at Fullscreen. This will allow your GPU to render as much FPS as it can without screen tearing. This should fix stuttering in Division 2.

That is all for our fixes for The Division 2 errors like easy anti-cheat, display driver not working, Untrusted System File, no audio and more. if you are facing other PC errors and issues then also see our hub for commonly occurring PC errors and their fixes.