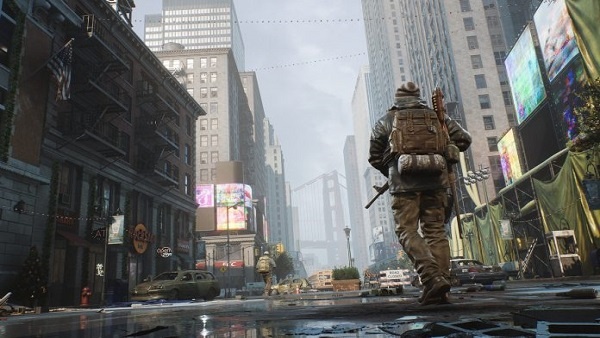 Over the past week or so you may have seen a game called The Day Before trending on social media. A ton of pages posted about it but no one really knew exactly what this game is, when is The Day Before coming out, and is it story-driven? There are many questions in your mind regarding this new phenomenon of a game, and in this article, I will try to answer them all.

First, let’s start with the basics; The Day Before is under development at Fntastic and being published by MyTona. At first glance, it looks like a mix between The Last of Us and The Division. The Day Before looks like a visual treat and since this is a PC exclusive game, I hope there won’t be a downgrade great to its visual fidelity, quality, and detail. However, things do change over the course of development.

The Day Before Release Date

Lets’ answer the big question first, what is The Day Before release date? Well, there is good news and bad news. The bad news is that we don’t have an exact release date but the good news is that it is coming out in Q2 2021. If it doesn’t get delayed, Fntastic sets a good precedent of announcing games only months before their release. The Day Before was announced in late January and its Q2 2021 release date means you won’t have to wait too long to play it. As I mentioned above, The Day Before is a PC exclusive game and currently on listed on Steam. It may or may not come to consoles in the future. You can head over to its Steam page and add it to our wishlist.

The Day Before Trailer

The trailer gives us an early look into what we can expect from the post-apocalyptic world of The Day Before. The level of detail is impressive and it looks like the developers are putting a lot of focus into its narrative. While the game looks impressive, the scripted nature of the trailer does raise a red flag. What we are seeing might just be too good to be true. We’ll see in the coming months.

The Day Before Gameplay

At its heart, The Day Before is an open-world MMO. Loot, resources, weapons, and crafting will play a big role in this game. Players will have to find items to survive in the harsh new reality. Zombies are lurking at every corner and the remaining members of the human race aren’t too kind to each other. There is a strong narrative that guides the events of The Day Before. More news about its gameplay design will be shared in the near future.

The Day Before System Requirements

For now, that’s all we know about The Day Before. Subscribe for notification for more updates.