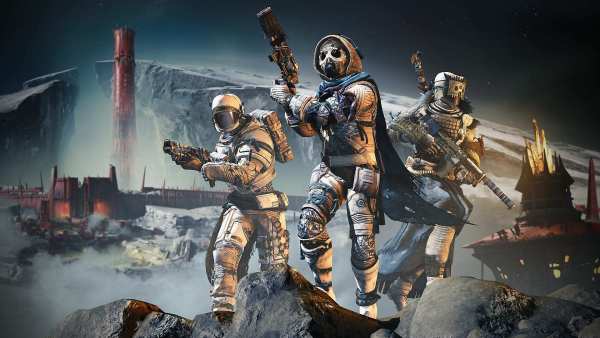 While some of us may not like DLC as a concept, it’s impossible to not have any in video games nowadays. DLC is a staple addition to any game’s success. While it can feel like a rip-off sometimes, other times it’s actually really successful. Here are some of the best DLC from video games in 2019, regardless of when the base game was released.

No Man’s Sky Beyond

The space explorer title from Hello Games is a pretty good comeback story. The game started off bailing on a lot of the promises that we were originally given. Now, the game is in the best state it’s ever been in, and even more so with the recent DLC. One that allows for 32 player lobbies, VR support and more immersive exploration. The game now genuinely feels like what it strived to be in the beginning.

The only Elder Scrolls game we had after Skyrim was Online. This left a huge legacy to follow up on and safe to say the Elder Scrolls Online didn’t do extraordinarily well. However, the recent expansion of Elseweyr does bring us closer back to good old Skyrim. This is because of the recent introduction of dragons into the game. Both in terms of story and gameplay. Beyond that, this is also the first time in the series that we get to explore Elsewyr. A fabled land only heard of in lore before this DLC. The home of the Khajit race.

A lot like No Man’s Sky, Final Fantasy 14 had the rockiest bottom of all launches. Being somewhat of a failed MMO by Square Enix that dates all the way back to 2010 in being worked on. However, the recent Shadowbringers add-on of 2019 breathes new life into the game. Miraculously not only maintaining the player base the game still has, but also reeling in new players. The exploration of a new map and dimension overall probably contributes hugely to the title’s success.

Campfire Cook-off was a not needed but much-appreciated add-on to Overcooked 2. Overcooked 2 is a party game reminiscent of titles like Mario Party in the way that it has the potential to break friendships left and right. What better way to fan those flames than to add another layer of gameplay. This was done in the form of campfire cook-off which adds new levels and styles of play. Including open-fire cooking and new ingredients. Put those life-long buddies to the test.

The hugely successful multiplayer online game which also doubles as a fantastic single-player experience has received its latest in new content. That was in the form of the Iceborne DLC in 2019 which hit PC in 2020 as well. Monster Hunter World Iceborne takes players away from Astera to the frozen tundra. A locale that adds new maps, monsters, weapons, movesets and even new game mechanics. Such as taming and riding the smaller monsters that previously only served the purpose of being a farming material. The sheer content and scope of the Iceborne DLC can be compared to the original base game as well in size.

That is all for our list of best DLC in 2019. Let us know if we missed something that you enjoyed! You can also check out the biggest gaming controversies of 2019.