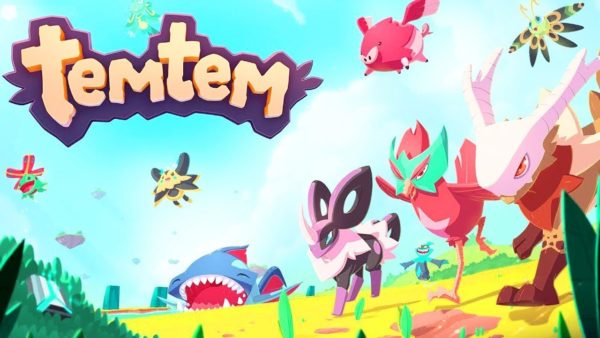 Temtem PC is in early access and obviously players are facing errors and issues like Steam API Failed to Initialize, black screen, FPS drops, crash at launch and more. Here I have compiled a list of errors along with their fixes and workarounds.

Temtem is a multiplayer game that has launched in early access on PC. The game is facing errors like Steam API Failed to Initialize, crashing, FPS drops and more.

The following are the errors and issues that PC players are experiencing with Temtem along with their fixes and workarounds.

Players are reporting they get a black screen when they start the game. There are two reasons behind this. If you are getting a black screen with audio then just press “Alt + Enter” and the game will go into Windowed Mode and will start to display.

Go to video settings and change the resolution to your monitor’s native resolution and you’ll be able to play in fullscreen.

If you just getting the black screen followed by game freezing or crashing, then, unfortunately, there is currently no fix for it and you’ll have to wait for the devs fix it with an upcoming patch.

A lot of Temtem players are reporting “Steam API failed to initialize” error when they start the game. Here are a couple of fixes that might get the game working for you.

Now, if the error still persists then just restart Steam and start the game and it should be running fine.

If this doesn’t resolve the error or you are using an account with administrative rights then the issue might be your anti-virus software or Windows Defender. Fix it by either disabling the anti-virus or make an exception for the game’s install folder in your anti-virus.

Temtem players are reporting that the game is crashing at launch or not launching at all. Here are a few fixes or workarounds that might get the game working.

If this hasn’t solved the issue and you are using Windows 7 then the issue might missing updates for the OS. Download and install update KB3080149 if it’s haven’t been already, restart your PC and the issue will be resolved.

If you are part of the Windows Insider Program on Windows 10 then opt-out of the program. Restart your PC, start the game and the game should be working fine.

Third-party software such as MSI Afterburner and GeForce Experience can cause the game to crash on startup or just stop it from launching. Disable any monitoring software you are using and Temtem will start working.

If you are using MSI Afterburner and disabling it hasn’t resolved the issue then follow the steps below which should get the game working.

Firstly, make sure you are using the latest GPU drivers and there is no background process that is using too much of your CPU, HDD, or GPU. With that out of the way, follow the steps below to fix stuttering and FPS drops.

Following the steps above should fix stuttering and FPS drops. If the issue still persists and you own at least a GTX 10 series GPU then follow the steps below.

“Fast” sync actually emulates Freesync or G.sync to some extent. It allows the GPU to render as mush frames as it can without screen tearing. However, the GPU will only display as much FPS as supported by your display.

Meaning if the GPU is rendering the game at 80 FPS and you have a 60 Hz monitor, then it’ll only display 60 FPS while discarding the rest.

While this may seem like a waste of resources but it’s quite effective in fixing stuttering and can potentially fix Fix drops.

Note that you also need a capable CPU for the “Fast” sync to work properly. Also, enabling it will also increase GPU usage.

How To Lock Temtem At 30 FPS

Follow the steps mentioned above and instead of Max Frame rate set vertical sync to “adaptive half refresh-rate”. Start the game, disable in-game v.sync and the display should be set at fullscreen.

That is all for our Temtem fixes for errors like the black screen at launch, steam API failed to initialize, stuttering and more.