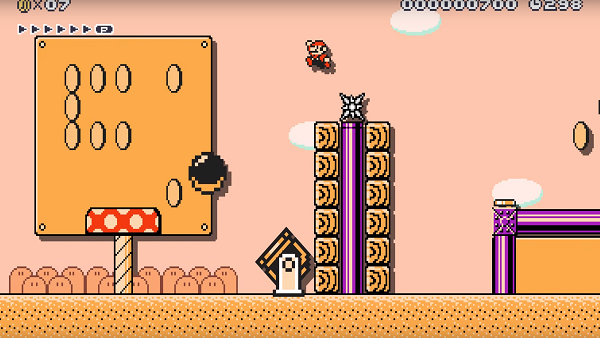 Super Mario Maker 2 player has created a “Storm Area 51” level which quickly become one of the most popular. The map created by “Z2tFuture” is inspired by the recent internet joke; “storm area 51, they can’t stop us all.”

The level can be seen in the video below but for those hoping to give it a try, sorry to say, it won’t be possible. Nintendo made sure nothing “controversial” is posted on its servers. The company deleted Super Mario Maker 2 Area 51 level. But you can check it out and see what could have been.

The storm area 51 raid took the internet by storm in recent weeks. It started as a joke movement on Facebook but quickly blew up. Its original Facebook event has close to 2 million people ready to storm Area 51. The event has garnered mainstream media interest now. This forced U.S Air Force to make an official statement.

[Area 51] is an open training range for the U.S. Air Force, and we would discourage anyone from trying to come into the area where we train American armed forces. The U.S. Air Force always stands ready to protect America and its assets.

It seems Nintendo didn’t want to give an impression of support for this raid.

Area 51 has long been a center of controversy and mystery. Many believe that proof of Alien existence is inside Area 51. For years, documentaries and feature films were made on this secret military base. But no one, to this day, is able to prove what exactly goes on inside Area 51.

Maybe we’ll know on September 20. See you there and do practice your Naruto running.