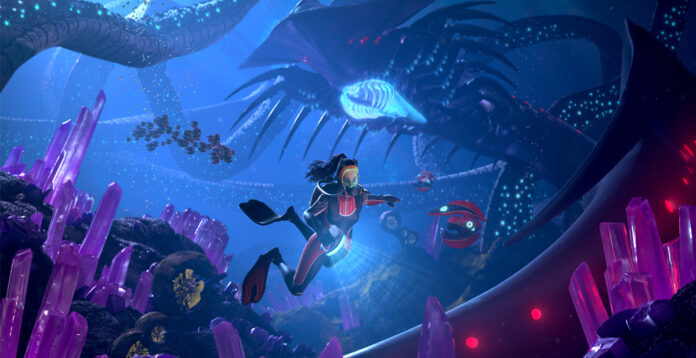 Subnautica Below Zero below zero has finally come out of Early Access and has launched for PC and consoles. While the game is fun and optimized, the Subnautica Below Zero PC version is facing errors and issues like game crashing while loading save, UnityPlayer.dll Caused Access Violation (0xc0000005), in-game crash, crackling audio, crash at startup, and more. I have compiled a list of errors and issues that PC players are experiencing with the game and have also listed fixes and workarounds for these errors.

Subnautica Below Zero takes players back to planet 4546B from the original game to face new challenges and find the truth. The game has finally come out of Early Access and gamers are loving it. While the game is optimized but, PC players are reporting errors and issues with Subnautica Below Zero like in-game crash, game crashing when loading save, Access Violation (0xc0000005), crash at startup, stuttering, and more.

In the SavedGames folder, delete the “autocloud.vdf” file. Launch Subnautica Below Zero and load your save. The game will load without crashing.

PC Players are reporting that the audio in Subnautica Below Zero crackles or stutters, especially, when predators attack. Audio stuttering might be occurring due to vertical sync. Players can either disable v.sync or if they have an Nvidia GPU, at least GTX 10 series GPU, then open Nvidia Control Panel > Manage 3D Settings > Program Settings > select Subnautica Below Zero. Scroll down to “Vertical Sync” and select “Fast”. Apply this setting and the audio stuttering issue will be fixed.

As for the audio crackling, open Windows Settings > System > Sound > click Sound Control Panel > a new window will open. Select your active audio output device > Properties > Advanced tab. There will be multiple sample rate options. This is a bit of trial and error. Either lowering the sample rate or increasing it will fix the crackling audio issue with Subnautica Below Zero.

Subnautica Below Zero PC players are reporting that the game is crashing at launch. There are multiple reasons behind it and here is how to fix it.

First, make sure you are using a 64-Bit operating system as the game doesn’t support 32-Bit OS. Also, give the game admin rights. Right-click Subnautica Below Zero’s exe > Properties > Compatibility tab > check “Run this program as administrator” and hit apply. This will fix the crash at launch issue.

Right-click Subnautica Below Zero in Steam > Manage > Browse Local Files. Launch the game directly from the exe and players might encounter an error similar to “vcruntime140_1.dll or MSVCP140.dll Was Not Found”. To fix the error, players need to install the latest Microsoft Visual C++ Redistributables both x64 and x86 versions. This will fix the crash at launch issue.

Subnautica Below Zero PC players are reporting that they are experiencing the Access Violation (0xc0000005) error and are unable to play the game. The error might be occurring due to your anti-virus/Windows Security. The anti-virus could be blocking important game files and causing the crash. Disable real-time protection or exclude Subnautica Below Zero’s install folder from it. After that, verify the game and files and the issue will be fixed.

If the Access Violation (0xc0000005) error continues to bother you. Open command prompt (CMD) and run it as administrator. Type “sfc /scannow” and press enter. Let the scan complete and after that, the error 0xc0000005 will be fixed.

For some players, Subnautica Below Zero is crashing while playing and here is how to fix this issue. One reason behind this in-game crash could be the use of third-party tools and software like MSI Afterburner, RGB Software, and more. Disable any third-party software you have installed and also disable Steam overlay and Geforce Experience overlay. The game will stop crashing after this.

First, install the latest GPU driver and do a clean installation. Also, make sure there is no background process using too much GPU, CPU, or HDD.

After applying these settings, players will see a noticeable improvement in performance.

That is all for our Subnautica Below Zero fixes for errors like game crashing while loading saves, Access Violation (0xc0000005), crash at startup, audio crackling, stuttering, and more. If you are facing errors and issues with other PC games or your PC then also see our hub for commonly occurring PC errors and their fixes.