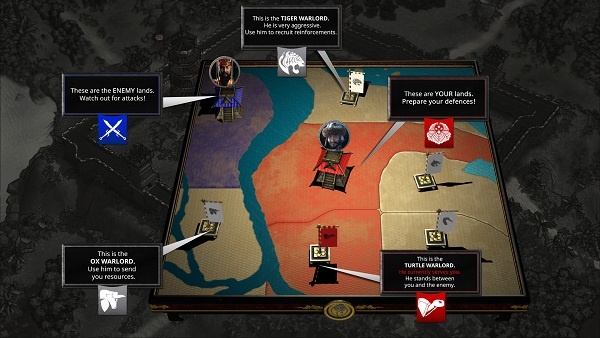 After years of waiting, the new installment of the long-running Stronghold franchise is out. Stronghold Warlords is Firefly’s latest real-time strategy game. It is a modern take on the classic RTS but many of the roots remain intact. For example, your success depends heavily on diplomacy. In this guide, I will explain everything we need to know about Stronghold Warlords Diplomacy, specifically, how to be diplomatic.

Developers have added a new dimension to the Stronghold Warlords experience. In addition to the traditional enemy AI, you will now have to deal with many neutral warlords but they won’t be neutral for long if you manage to screw up your relationship with them. But on the flip side, if you develop a good relationship with them, neutral warlords can prove to be a great asset.

The Diplomacy system in this game works differently from other titles of the same genre. You won’t engage in talks with neutral warlords, instead, you’re going to use something called “Diplomacy Points.” You earn the points simply by playing the game, around 6 Diplomacy Points are generated every minute but you can boost this by constructing the Consulate and Emissary buildings.

How to Get Loyalty from Warlords

You can’t get anything out of Warlords unless they have sworn allegiance to you. Their alliance can be forced or bought with gold and favors. Each warlord in the game has its own agenda and had a different cost of loyalty. If you decide to attack a warlord you need to kill their guards and deplete the warlord’s HP, and finally capture the stronghold. Afterward, you can enjoy the benefits that come along with a victory over a warlord.

But to buy a warlord’s loyalty you need Diplomacy Points and we already told you how to get them. Now, let’s discuss how to spend them. Open the warlord map by clicking the Diplomacy Point logo at the bottom left of your screen. You’ll then see each warlord-controlled region, click on the region you want to align with, and then click on the bowing man icon. You can then buy Obedience with Diplomacy Points.

You can then Demand Obedience from said Warlord but keep in mind that other AI or enemy players can still persuade your loyalists to join them.

And that’s all you need to know about Diplomacy in Stronghold Warlords. Need more help? Check out Warlord perks.