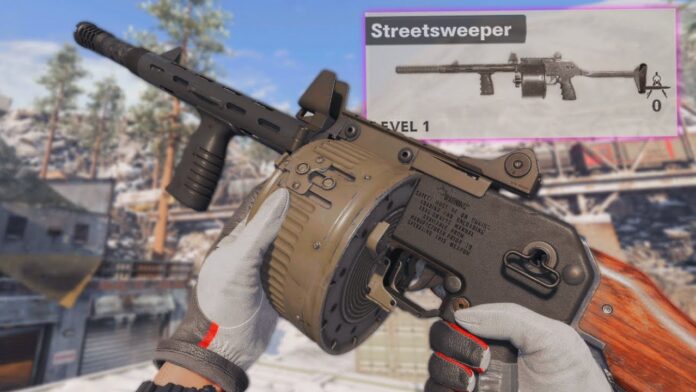 Modeled after the Striker from COD Modern Warfare, a new powerful shotgun named the Street-sweeper is up for grabs in Call of Duty Warzone and Black Ops Cold War. Initially, it was though that it’d be available to play with halfway through the season. But, players around the world are currently adding it to their arsenal thanks to a glitch and it’s saving them nearly half a season’s wait. If you too are looking forward to getting your hands on one, you’ve come to the right place. In this guide, we’ll explain how to unlock the Street-sweeper shotgun in Call of Duty: Black Ops Cold War and Warzone.

Call of Duty Black Black Ops Warzone: How to Unlock the Street-sweeper Shotgun

Normally, to unlock a new weapon, players have to complete certain challenges. But in case of the Street-sweeper, there is no listed challenge or any mention of the weapon whatsoever. Players around the globe only recently discovered a glitch which made the gun appear in the weapons catalogue.

To get the Street-sweeper in Cyberpunk 2077 all you have to do is get a 3 kills streak consistently without dying, over the span of 15 different matches. It is a hidden challenge and is only doable with a Black Ops Cold War shotgun; either Hauer 77 or Gallo SA12. To put it in simple words, you’ll have to get 3 kills in a row with either Hauer 77 or Gallo SA12, for 15 different matches.

Once you’ve done that, the Street-sweeper will automatically appear in the weapons catalogue along with other shotguns. It’s a very powerful weapon with damage and accuracy stats surpassing all of its counterparts. You can also level it up as you would with other weapons.

Also, keep in mind that this is a bug/glitch and the weapon was not meant to go live yet but sometime during the middle of the season. Due to that, it’s highly likely that you might end up losing possession of this weapon if the developers fix it.

And that’s about everything you need to know on how to unlock the Street-sweeper shotgun in Call of Duty: Black Ops Cold War and Warzone.