Home Articles The Story of Arslan Ash: A 23-Year-Old Tekken Prodigy Who Went Against... 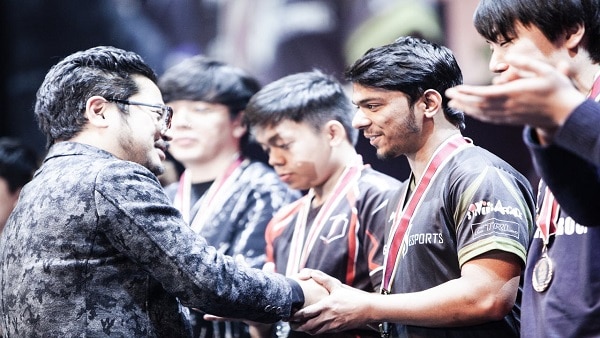 Coming from a country where nobody knew him to winning multitude of international titles in a very short span of time must’ve been surreal for Arslan “Arslan Ash” Saddique, a 23-year-old Tekken prodigy from Pakistan. The entirety of the FGC scene has always revolved around Japan, USA, and the UK. South Korea, of course, also sends its faithful every year, especially when it comes to Tekken. Korea’s fabled Green Arcade has produced some of the most iconic Tekken professionals like Knee, JDCR, Leedy, Qudans, and Chanel among others over the years before it shut down not so long ago.

Pakistan never came into discussion despite showing over the years that Pakistan pro players had the caliber of competing at the highest level. The first Pakistani Tekken pro player to compete at the international stage, Awais Liaqat, appeared in WCG 2011 and managed to send the Korean powerhouse DejaVu into Loser’s Brackett before being eliminated by the eventual champion at the semi-final stage, Japan’s Nobi. Not long after, Awais’ close buddy Asim migrated to the UK and managed to mop the floor with the British Tekken scene there.

In Street Fighter, Saqib “MicroNukeX” Mirza regularly attended international events and while he doesn’t have any meaningful accomplishments under his belt, his playstyle spoke volumes about the local fighting games scene in Pakistan. Outside of FGC, a more recent example is Syed Sumail “Suma1L” Hassan, arguably one of the best DOTA 2 players in the world and the youngest player to win The International.

Arslan’s story didn’t start with EVO Japan 2019 but rather from a local arcade somewhere in Baghbanpura, Lahore. Having an incredible understanding of fighting games’ fundamentals, Arslan was known for his prowess in games like King of Fighters and Tekken. However, prior to being heralded as the best Tekken player in the world, Arslan was never considered the best player in Pakistan. The title continued to rotate among the likes of Awais Liaqat, Faisal, Heera, and a few others. It wasn’t until Asim and Awais got a taste of international success that Arslan and many others started preparing to replicate that success.

It’s not to say that Pakistani Tekken players were completely out of the loop when it came to Korean and Japanese style of gameplay. In fact, a lot of players started off by learning from these international styles of play and later ended up developing their own. By 2012-2013, the local Tekken scene in Pakistan was booming with a host of nationwide competitions being organized every now and then. And that’s when Arslan truly appeared on the map. Even then, these players were confident enough to compete at the biggest of stages against the best of opponents but one problem remained… getting sponsors.

Despite being truly incredible at what they did, these kids couldn’t afford to travel to different parts of the world to compete on their own. And sadly, none of the major sponsors paid heed to their brilliance. On top of that, getting Visa to countries where major tournaments were held was as big of a problem if not bigger. And so, the idea of getting international recognition remained farfetched until a guy named Fate_Bilal traveled to Dubai on his own expense to compete and received praise for his play. This rekindled the hope of many Pakistani pro players that all was not lost.

Arslan got the first taste of international competition at FV Cup x SEA Major 2018 where he placed 9th. After a few months, Arslan signed with eSports organization vSlash, traveled to Dubai for OUG Tournament, and 3-0-ed Knee, one of the biggest names in Tekken community. But apparently, this wasn’t enough to put him on everyone’s radar and some people even called it a fluke. But Arslan wasn’t done.

His next shot at greatness came in the form of EVO Championship Series Japan 2019. Despite having organized only twice and not being as large as its western counterpart, EVO Japan was an ultimate test of Arslan’s skills, thanks to the amount of talent it attracts from the eastern hemisphere. The tournament attracted players who regularly practiced against top Asian players and no one outside of Asia knew much about them.

However, getting to Fukuoka, Japan was an ordeal in its own right. Due to Pakistan’s international relations with other countries, it’s often difficult for people to get visas. Arslan went through the same thing. After 4 days of delays, sleepless nights, and starving, Arslan made it to Fukuoka moments before his pools began.

Arslan faced Knee again. And once again, he sent him to Losers’ Brackett. But since his matches weren’t streamed, not a lot of people knew who did Knee lost to but they were about to. One by one, Arslan ended the EVO run of almost all the Korean pros at the tournament before the streaming staff finally noticed him and put him on camera. Arslan continued to climb the ladder where the Philippines’ best player AK was waiting for him.

In an alternate timeline, EVO Japan 2019 would’ve been AK’s and how a random guy from an underrated region beat some of the best Tekken players from all across the world to win it all. But that day… was Arslan’s. He managed to reset the bracket and beat AK 3-0 to win it all. Arslan’s win not only proved that he was arguably the best player in the world but also put Pakistan on the map. Soon after EVO 2019 ended, Knee tweeted out that he wanted to visit Pakistan to learn this new style of Tekken being played at a very high level.

I will go to Pakistan before TWT, For learn tekken. 더 잘해지기 위해

And while this is yet to happen, Knee did face Arslan again at “First to 10” matches held by Japan to see how their top players stacked against Arslan. Arslan, once again, came out on top, only losing two close rounds to Knee who flew all the way from Korea to play against him.

Most recently, Arslan Ash bagged the Thaigar Uppercut 2019 where he was joined by Fate_Bilal and Fate_Khan. And while Khan and Bilal couldn’t go far into the tournament, Arslan went undefeated for the entirety of it.

Arslan, for his part, has ascended the Tekken scene. Arslan is young but celebrated, inexperienced but seasoned, he is timid but his reputation precedes him. He is a mechanical god and has proven himself on the game’s biggest stages. He has faced legends and put them down. He has tasted greatness but his best years may still be ahead of him.