Stoneshard is out now and if you are new to the game then you must be wondering how combat works in the game. In this Stoneshard combat guide, we are going to go over what you need to know about the combat of the game.

The turn-based combat can be very challenging at times even if you have played similar games in the past. The challenge starts with the tutorials of the game. Stoneshard is not going to hold your hand in any section of the game. Once you figure out the mechanics of the game, things do better.

How Does Combat Work In Stoneshard Combat?

This is a turned based game and every character gets a turn just like other turned based games. The experience is similar to a game of chess but for every one piece that you move, the AI gets to move all of its pieces.

When you are out of combat in Stoneshard, you can do things like resting and healing. You can move as many tiles as you want in one go. When you are in combat, each step takes a turn. Which is the unit of time in the game. 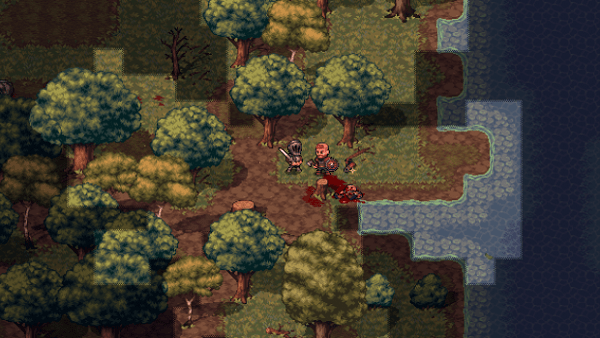 How Do The Fights Work?

The enemy is always going to attack after your character’s turn. In some cases, your character can even perform a quick counter-attack after the enemy has already responded. This will be considered a free turn and will not take up a turn on its own.

How do attacks work? You can attack enemies in a variety of different ways. Each class has unique weapons types they can use in combat. You can check out our class guide to learn more about that. Different classes also have spells and abilities which they can use.

Before getting into the fight, you can right-click on enemies and learn about their abilities in order to get a better understanding of what you are up against. This can be very useful in boss battles. Knowing is half the battle in Stoneshard. Knowing where to be and what the enemy can do is going to help you dramatically.

That is all for our Stoneshard Combat guide. If you are interested in learning more about the game then you can check out our guide on how you can beat the Ascended Archon boss.