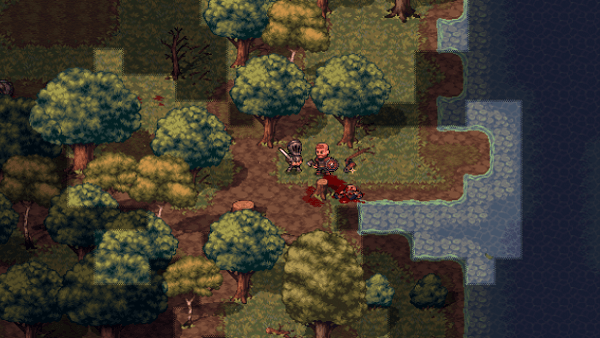 Going through many user reviews of Stoneshard one can see that players are having difficulty. However, a lot of that can be mitigated by choosing the right character class in Stoneshard. In our Stoneshard character classes guide, we will discuss all the character classes from the game. We will share stats, abilities, traits and see if we can figure out what the best class is.

When the player goes on his adventure he will choose from one of 4 character classes in Stoneshard. The game is tough and choosing the right class is important so you need to learn everything you can about stats, traits, and more. As I mentioned, there are 4 character classes and each of them is pretty much your usual RPG type. To the point of choosing a character class, you must first beat the Ascended Archon.

Jonna is your RPG mage or sorcerer class in Stroneshard. The character is great with long-range combat and has many unique abilities at her disposal. However, Jonna lacks some strength compared to other Stoneshard character classes. Jonna wields a dagger for close-range combat in Stoneshard.

Jonna also has a unique trait called Arcane Lore which grants +2% magic power to each newly learned spell. This means that you should learn as many spells as possible which in the end, makes Jonna a really powerful character in Stoneshard.

Jorgim is your RPG berserker class in Stoneshard and this character class is great with swords, maces, shields, and axes. Compared to other classes this Stoneshard class is strong and has good strength stats. If you are someone who likes brute force than Jorgim is for you. Its unique trait is called Berserker Frenzy gives it  +10% weapon damage and +15% crit efficiency for 10 turns on each enemy kill. The unique trait has great potential of making Jorgim greatly powerful in battle. Kill smaller enemies to get additional damage and move on to bigger bosses.

Dirwin is a long-range character class, it is an archer that uses a bow and arrow. It belongs to the human class and has greater perception which means you can attack at long-range.  The best bit is that Dirwin isn’t useless and defenseless at close range. It has access to daggers and axes to protect itself from enemies at close-range.

Its unique trait is called Sharp Eye; when an enemy enters your vision for the first time this unique trait gives it -10% dodge chance and +10% damage taken for 10 turns.

The final Stoneshard class we will talk about is Arna. The knight character class is quite strong but has a bit more skills focused on magic and spells compared to our berserker class, Jorgim. Arna can be a great character to start off with as it is a balanced character all around. You won’t sacrifice HP or melee attacks to have magic and spells.

Arna’s unique trait is called Vow of the Feat; for every enemy within your vision get -5% cooldowns duration and -5% abilities energy cost. This means that more enemies that are near you, the more powerful you get. This ability alone makes it the best character class to play in Stoneshard. However, it is up to you to decide now, we have given you all the information you need to make an informed decision.

This marks the end of our Stoneshard classes guide.