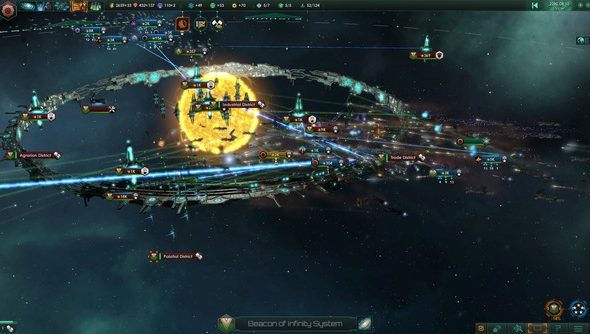 Paradox Interactive, a publisher and developer of games for galaxy brain players, has today announced clusters of festivities across all Stellaris titles to celebrate the four-year anniversary of the popular sci-fi grand strategy game. Additionally, Paradox announced that in March 2020, four years after its initial release, Stellaris earned an all-time high for monthly active users and reached a milestone of over three million units sold.

The following is what Daniel Moregård, Game Director for Stellaris had to say regarding the matter:

We have always put the community first when developing and supporting content for Stellaris. It is so rewarding to see this strategy help us earn the continued interest of a large and growing player base after all these years. Being able to reach a new all-time high right now makes the anniversary festivities feel even more momentous.

Be sure to check out Stellaris and the new content if you are a fan of the game.