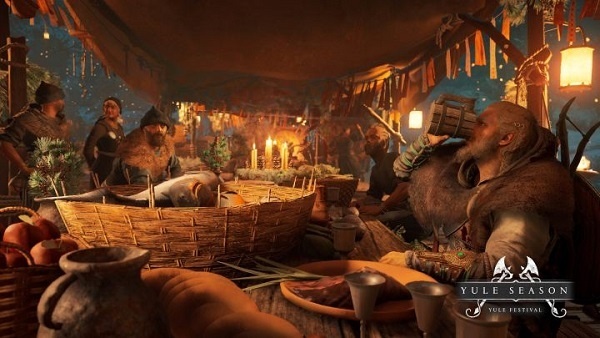 After a successful launch, Ubisoft developers are celebrating the Yule festival in Assassin’s Creed Valhalla. The Yule Festival update is out now and brings a ton of new activities and rewards. However, the first thing you need to do is start the Yule Festival before you can jump into the festivities. In this quick guide, we will focus on how to start the Yule festival in Assassin’s Creed Valhalla.

Assassin’s Creed Valhalla: How to Start the Yule Festival

To start the Yule Festival in Assassin’s Creed Valhalla you need to enter the east side of your colony after completing the Grantebridgescire or Ledecestrescire campaign arcs. As soon as you enter, the Yule Festival will begin. You will trigger a cutscene when you enter where Eivor and Norvid will speak about the festival happening in your settlement.

The festive changes to the settlement are courtesy of a group called the “revelers.” During the festival, you can complete a bunch of side quests to earn the event exclusive currency called Yule Tokens. These tokens are used to buy event-exclusive items from Norvid.

You can start collecting the Yule Tokens after you begin the event. Complete Yule Festival exclusive quests that marked on your map to earn Yule Tokens. You can unlock cosmetics, armor sets, tattoos, and much more.